Agencies, Detroit, Ford Motor Co plans this spring to offer a diesel engine version of its best-selling F-150 pickup truck, looking to gain a marketing edge as its main rivals ramp up more efficient pickups of their own. Ford executives said they expect the F-150 diesel model with a 10-speed transmission to achieve 30 miles per gallon highway fuel efficiency, a level comparable to some midsize cars. “We’re confident we’ll get there,” David Filipe, Ford vice president of powertrain engineering, said at a briefing for media ahead of the official launch announcement.The diesel F-150 will cost between $2,400 and $4,000 more than a comparable gasoline truck, depending on the specific model, Ford executives said. The diesel engine will be manufactured at a Ford plant in Britain.Ford executives said they expect that once production ramps up about 5 percent of F-150 models will be ordered with the diesel engine. The model will be aimed at people who tow large recreational or work trailers. Sales of big pickup trucks in the United States have surged in recent years as gasoline prices have stabilized at less than $3 a gallon in most states. Ford in 2017 sold 896,764 F-series trucks, more than in any year since 2005. Still, Ford, General Motors Co and the Ram brand of Fiat Chrysler Automobiles NV fight for the right to claim that their brands offer the most fuel-efficient large pickup - even when those high-mileage models have limited availability or cost more than conventional gasoline-fueled trucks.

All is not lost in stressed power projects; Railways, PPAs, EVs to be growth drivers: study

Telephone subscribers’ base nosedives to 1185 mn in Nov: TRAI

Corporate Wellness can save India Inc revenue to US$ 20 bln: ASSOCHAM

SBI ties up with Transfast Remittance LLC for remittance

Face recognition as Aadhaar authentication a dicey one, say IT experts

Govt may include States FMs suggestions in Budget proposals: Jaitley

India expected to become a 5 trillion economy in next 8-9 years: Suresh Prabhu

GAIL next in line of ONGC acquisition

Bijli Bacho: Switch to DC with no power shortage

Sensex crashed 983 pts during the week

CSL signs MoU with Russian Firm for development of vessels

Canon takes on the mission of ‘Business can be Simple’

Sensex bounced back by 368 pts

GST rate on admission to amusement parks and ballet etc, reduced to 18pc

RBI cautions about Fake Websites in its name

Fiscal situation will be comfortable next financial year: Jaitley

Doha Bank relocates one of its Mumbai branches to Chennai

‘India will become a USD 5 trillion economy by 2022’: Srinivas Dempo

LG to introduce own smartphone at MWC 2018

Now book an Ola right from your Hike app

Whirlpool of India reinforces its Make in India commitment

Sterlite Tech to build Next Gen Communications Network for Indian

Ola to facilitate last mile connectivity at 5 stations in Delhi

Govt’s word on its own accounting system must never be questioned: Jaitley

BSE signs an MoU with FISS

ISA working for deployment of over 1000 GW of solar energy, mobilising above $1000 bn

Wholesale inflation in February eases to 2.48 per cent

Interest in jobs pertaining to agri, farming drops by 25pc

Push in manufacturing to make India a $5 tn economy: Prabhu

PM flags off Alstom made electric locomotive in Madhepura, Bihar

7 NBFCs surrender their Certificate of Registration to RBI

Goa to be developed as cargo hub: Suresh Prabhu

Finance panel to individually assess fiscal needs of each state

Inditrade to disburse Rs 100 cr in Kerala by end of current fiscal: Bandyopadhyay

MTDC ties up with ND Studios to promote art & culture

India, Japan to team up for addressing energy issues

ONGC to drill 535 wells this fiscal to boost production

Airport infrastructure to attract 1 lakh crore in next 5 yrs: Sinha

Biggest Airport, after Mumbai, to be developed in Mopa, Goa

The Rise and Rise of Indian Malls

Infosys completes Acquisition of US based WONGDOODY

After Amaze, Honda to bring CR-V and Civic in new avatar

Consumer Price Index up by one point

Its impossible to monitor each and every bank branch to check scam a la Nirav Modi: RBI

Ministry established itself as a core unit of governance : Communications Minister

NTPC to use treated sewage water at Dadri plant

Plan to set up 10 offices abroad to promote export: Prabhu

GST leads to formalisation of economy and widening of tax base

Economy expenditure shoots up in closing month of FY: Assocham

Petrol prices dipped by 8p/l; no cut in diesel rates

Chief Economic Adviser resigns, to go back to US

Govt will review and come out with new plan for Air India: Suresh Prabhu

Isuzu Motors India expands its network in UP

Govt should accord industry status to film sector : Study

Robotics needs to be an integral part of Make in India programme: Study

No relief; fuel prices hiked for the 5th consecutive day

FBIL takes over from RBI responsibility of computation, dissemination of reference rate for USD/INR and other major

Diesel prices hiked by 95 paise per litre, petrol by 19 paise

Decline in passenger vehicles sales by 3 pc in July

Sensex rises by 76.85 points during week

Rupee falls to new record low at 70.59 against USD

Fuel prices on rise; petrol retailing at Rs 86.91 a litre in Mumbai

Rupee still down by 9 paise against USD

Infosys to open tech hub in Arizona; to hire 1,000 US techies

WTO lowers trade growth for 2018 and 2019 as risks accumulate

Skills' not only economic asset, but also sociological concept: Pradhan

Sensex ends lower at 34,001.15 pts on sustained selling across board

Vietnamese delegation in Delhi for trade talks with Trade Council

Rupee ends strong at 73.15 against USD

India needs to attract talent if wants to reach among top universities: Kant

HCL receives Cisco 2018 award for excellence in Software and Cloud

Drone to transport organs in hospitals; air corridors to be set up: Sinha

Sensex ends higher at 36,194.30 pts on brisk buying amidst inflow of

Sensex bounces back by 361.12 pts on renewed buying amidst positive

Irritants in trade with Turkey to be removed soon : Suresh Prabhu

Hyundai cars to be costlier from Jan 2019

ONGC board approves buyback of shares for Rs 4,022 cr

Fuel prices at its lowest this year; petrol costs below Rs 70 mark in Delhi

Sensex rises by 334.65 points in week under review

Bank employees to go on strike on January 8-9

Fuel prices witness a hike on Monday; petrol gets costlier by 21-22 p/l

Reliance Foundation reaches out to families of Pulwama CRPF martyrs

India to use AI for good governance: Suresh Prabhu

DGFT to revamp IT infrastructure to boost logistics sector: Prabhu

Petrol gets dearer by 5 to 7 paise; diesel remains stagnant

Sensex dives by 495.10 pts in single session to end below 39K-level

Ban on import of milk, its products from China

Rise in fuel prices after remaining stagnant for four days

eBike partners with Zomato to save climate during food delivery

Woman-Daughter duo end lives not based on their bank loan : AIBEA clarifies

Sensex up 239 pts in opening session

BEL proposes to take its technology for Public Good

Hitachi gets its largest elevators order in India

No change in deadline of filing annual GST return

Sensex declines by 98.30 pts during week

MobiKwik partners with DT One for global expansion

Spice Jet begins its service between Bengaluru-Belagavi-Mumbai under UDAAN

Airtel thanks its mobile customers with free hello tunes

Sensex ends higher at 39,592.08 pts ahead of June derivatives expiry

Sensex tanks by 394.67 pc, as budget fails to boost sentiments

Rupee recovers by 11 paise against USD

Tata Motors Group Global wholesales down by 5 pc in June

Rupee down 25 paise against USD

Designed in UK Made in India is two countries partnership strategy: Goyal

USD, Euro up ; Pound down

USD, Euro up; Pound down

Rupee falls by 6 paise against USD

Unichem Laboratories get 4 observations from USFDA for Goa formulation facility

Tanishq expects to register below 20 pc growth this year due to high gold prices: MD

Rupee up by 9 paise against USD

Rupee up by 56 paise against USD

Sensex bounces back by 417 pts

Pound up; USD Euro Yen down

UP govt hikes VAT on petrol and diesel

Maker Village in Kochi wins 'Incubation Centre of the Year'

Govt looking at mandatory use of technical textiles in over 90 areas, Textiles Secretary

Rupee up by 4 paise against USD 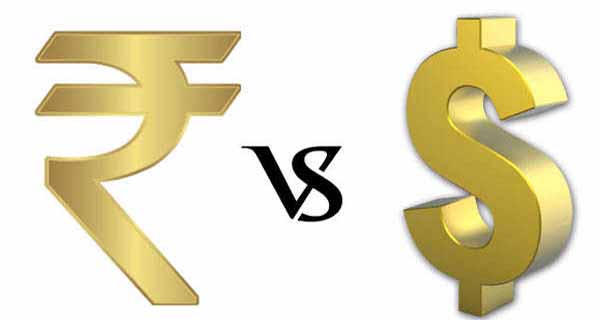 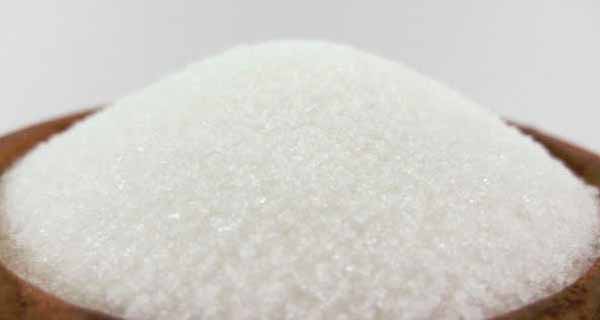 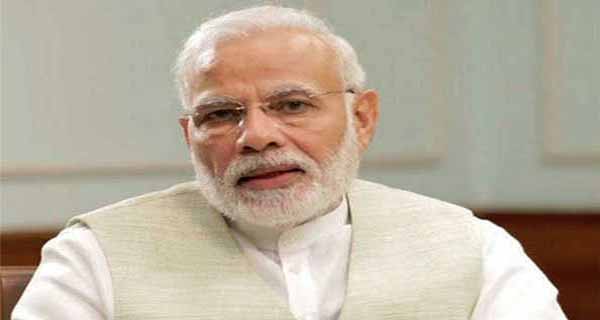 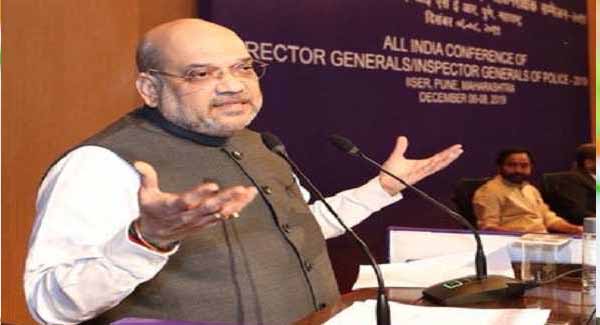 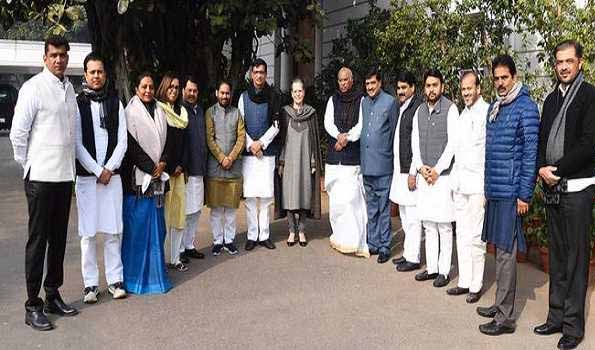