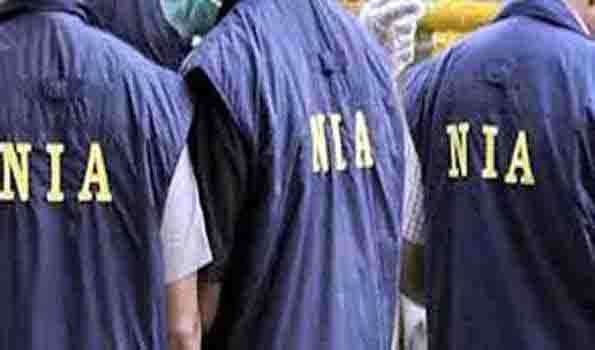 Srinagar,The National Investigation Agency (NIA) on Saturday continued raids on the houses of militants in south Kashmir district of Pulwama in connection with the terror attack case in which 40 CRPF personnel were martyred. Official sources said sleuths of NIA continued raids on the militants' houses at Bakripora and Hajibal in Pulwama district.NIA sleuths arrested Jaish-e-Mohammad (JeM) Over Ground Worker (OGW) Shakir Bashir Magrey on Friday.
Magrey allegedly assisted Adil Ahmad Dar who rammed his RDX-laden vehicle into a CRPF bus at Awantipora on the Srinagar-Jammu national highway on February 14 last year, the probe agency said.

Shakir, a resident of Hajibal Kakpora, had provided shelter and other assistance to JeM militants in Pulwama. Police and security forces have claimed that all the militants involved in the suicide attack on CRPF vehicle were killed in different encounters immediately after the attack. The NIA has arrested a number of militants during raids in south Kashmir since the case was handed over to the agency.