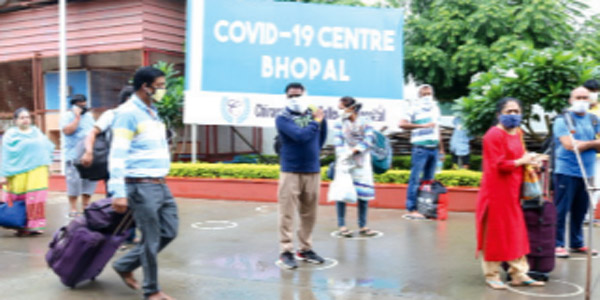 At the same time, Hamidia Art and Commerce College has been closed for two days after a peon was found to be infected. The process of admission had started in the college from August 5, in such a situation the candidates for admission were coming in the morning, who have been asked to go to other government colleges and get the verification done for admission.

The first round of UG admission is going on. Meanwhile, now the number of infected in Bhopal has crossed 8 thousand. On Tuesday, the total positives spiked to 8009 with 107 new cases. At the same time, 6 people died of infection in 24 hours. So far 5455 patients have been cured. The number of active patients has come down to 1994.