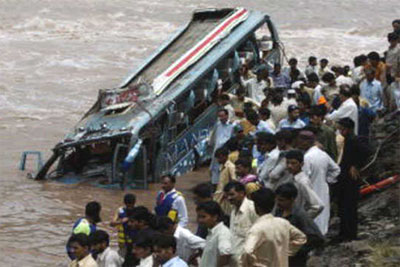 Agencies, Mumbai At least 12 passengers were killed when a bus fell into a river in Maharashtra's Kolhapur district late on Friday night. The incident took place as the driver lost control over the wheels at 2345 hrs. The bus was en route to Pune, according to police on Saturday morning. Passers-by informed the police, which arrived along with fire engines, and launched the rescue operation.