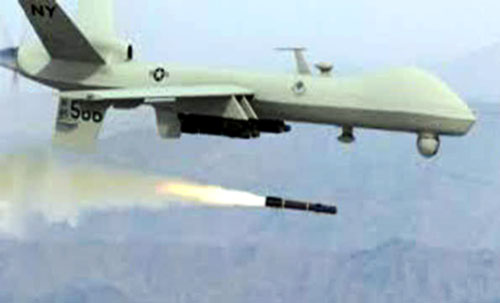 Mogadishu, At least 15 Al-Shabaab militants were killed in two separate US airstrikes in Somalia's Lower Shabelle region, the US Africa Command AFRICOM said. The US Africa Command AFRICOM, which oversees American troops on the African continent, said in a statement that the first airstrike occurred in the vicinity of Gandarshe, Lower Shebelle region on Wednesday. Eleven militants were killed, the statement said further adding that four Al-Shabaab militants were killed in the second airstrike on Thursday in the vicinity of Bariire, Lower Shebelle region. AFRICOM said that no civilians were injured or killed in either of the strikes, and committed to continue supporting Somalia and other African Union Mission in Somalia AMISOM forces by ensuring the militants are flushed out from their safe havens. The US has stepped up its military support of Somalia over the past few years. Some strikes have inflicted considerable casualties on Al-Shabab in the last two months.