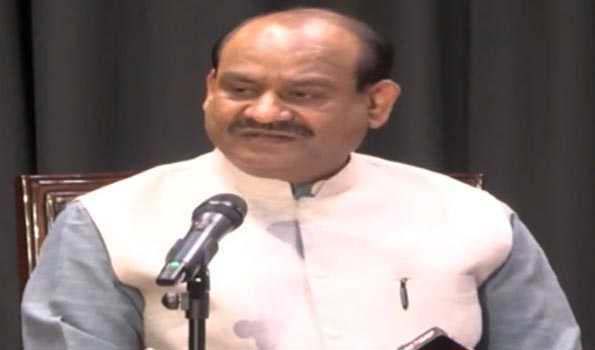 New Delhi, Jun 18 (UNI) Terming the journey of the first two years of the 17th Lok Sabha as historic, Lok Sabha Speaker Om Birla on Friday said the average productivity of the five sessions of the 17th Lok Sabha held so far stood at 122 per cent.
Interacting with the press at the Parliament House Complex, Mr Birla also said that in the first two years of the 17th Lok Sabha, 107 Bills have been passed after extensive discussions, which took about 263 hours.
This was more than the allotted time, he said.
Mr Birla further informed that a total of 1744 members participated in the discussions on these bills. The Lok Sabha Speaker said the journey of the first two years of the 17th Lok Sabha has been historic in many ways.
He further said that despite the challenge presented by COVID-19, Members of Parliament have successfully discharged their constitutional duties in the five Sessions of Lok Sabha that have been held so far.
Referring to the importance of Question Hour, Mr Birla said in the five sessions of the 17th Lok Sabha so far, the average number of answers given to oral questions per sitting is 5.37, which is the highest in the last four Lok Sabhas. Speaking about paperless office and digital technology, Mr Birla said remarkable progress has been made in the direction of taking parliamentary papers to more and more digital platforms. He further said that during the fifth session of the 17th Lok Sabha, e-notices were received for more than 90 percent questions.
On giving adequate time and opportunity to the Members during Zero Hour, Mr Birla said during the Zero Hour, Members present the problems of their parliamentary constituencies to the House so that the Executive could take steps for speedy disposal of those matters.
He said that Zero Hour is very important from this point of view.
Regarding the matters under Rule 377, Mr Birla said there has been a significant increase in the receipt of replies from the Ministries.
He informed that now about 90 per cent of matters are being answered.
On some of the innovations taken up in the 17th Lok Sabha, Mr Birla said the Research Wing of the Parliament has been actively involved in providing relevant information on policy issues and other subjects to Members of Parliament in the form of research, reference, legislative and background notes online.
He further said for the convenience of Members, the facility of home delivery of books from the library has also been started by the Parliament Library.
Mentioning the monitoring of expenditure in Lok Sabha Secretariat that resulted in huge savings, Mr Birla said an amount of Rs 151.44 crore was saved during 2019-20.
Similarly an amount of Rs 249.54 crore was saved during 2020-21.