19.74 per cent polling in first four hours in Bihar 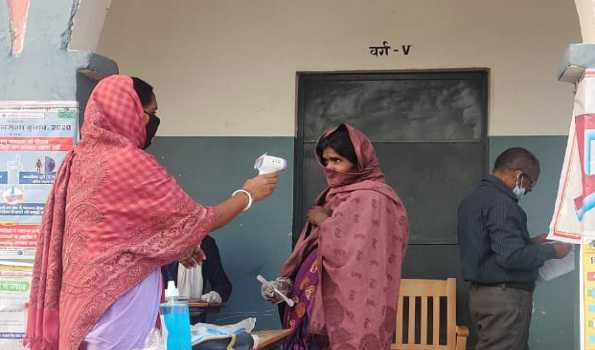 Patna, Nov 07 (UNI) An estimated 19.74 per cent of the electorate exercised their democratic right in first four hours during third and final phase of Bihar Assembly elections in 78 constituencies to decide the fate of 1204 aspirants.

Sources at the office of the Chief Electoral Officer said here that an estimated 19.74 per cent of the total voters exercised their franchise in first four hours of the polling in 78 constituencies where polling was in progress for third and final phase of Bihar Assembly elections.

A total of 2,35,54,071 electorate are expected to exercise their franchise in 78 constituencies spanning across 15 districts of Bihar. Polling in 4 constituencies Valmiki Nagar, Ramnagar, Simri Bakhtiarpur and Mahisi would come to an end at 4 PM due to security reasons while in other constituencies polling would continue till 6 PM.

Meanwhile, former Union Minister and national vice president of BJP Radha Mohan Singh exercised his franchise in Motihari. After casting his vote, Mr Singh said that NDA was all set to form the government in Bihar for next term and reiterated that Mr Nitish Kumar would become the CM again.