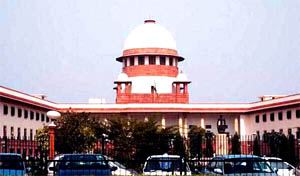 Agencies, New Delhi The Supreme Court on Wednesday directed re-investigation of 186 cases, in connection with the 1984 anti-Sikh riots, which were closed by the Special Investigation Team, (SIT). Anti-Sikh riots, which broke out after the assassination of the then Prime Minister Indira Gandhi, had claimed more than 2,000 lives in Delhi alone. The apex court said it will pass an order on Thursday regarding the names of retired and serving Indian Police Service officers who could be included in the new SIT.A three-judge bench, headed by Chief Justice of India Dipak Misra and also comprising Justices A M Khanwilkar and D Y Chandrachud, directed to reopen 186 cases connected to the 1984 anti-Sikh riots. SIT had earlier closed 186 cases connected to the anti-Sikh riots. The bench directed to re-investigate 186 cases, after going through a report from two retired Supreme Court judges, on the SIT probe. It had heard many petitions in the case, including that of S Gurlad Singh Kahlon, seeking a SIT probe Senior counsel HS Phoolka had appeared for many riot victims while Additional Solicitor General Pinky Anand argued for the Centre.