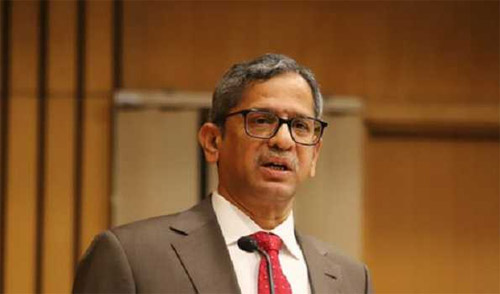 New Delhi,  (UNI) Twenty judges were appointed for the high courts (HC) of Allahabad, Gauhati and Madras by President Ramnath Kovind in consultation with Chief Justice of India NV Ramana on Tuesday, a government release said.

The appointees include three additional judges, two judicial officers and 15 advocates, it added.

"In exercise of the power conferred under the Constitution of India, the President of India, in consultation with the Chief Justice of India (CJI) is pleased to appoint three Additional Judges as Judges of the Gauhati High Court, and 15 advocates and two Judicial Officers as Judges of various High Courts," the release said.

The three additional judges--Soumitra Saikia, Parthivjyoti Saikia, S. Hukato Swu--have been elevated to the position of judges at the Gauhati, according to the release.

Also, two judicial officers--Malasri Nandi and Marli Vankung --and 3 advocates--Kakheto Sema, Devashis Baruah and Arun Dev Choudhury have been appointed as Judges of the Gauhati HC.