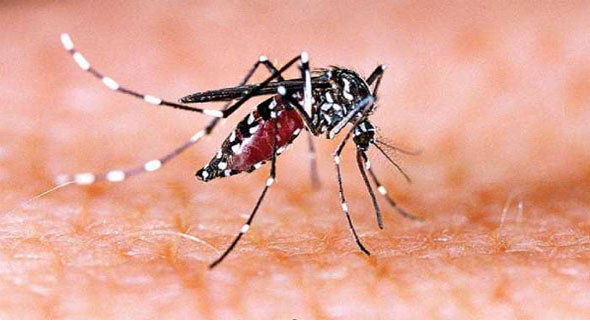 Chronicle Reporter, Bhopal
Jabalpur: After Covid in Jabalpur, there is scare due to dengue. Situation is such that in the Ranjhi area of the city, two to three dengue victims are coming out in every house. According to the official figures, 22 new dengue patients have been found on 9 September. So far 355 people including 46 policemen have been found suffering from dengue. But the situation is even more frightening. The beds in hospitals are full of dengue and viral fever. In the Children's Ward of Victoria District Hospital, 48 children suffering from dengue are admitted on 24 beds. The same is true of medical and private hospitals in the city.
Apart from the government figures regarding dengue, about 3500 patients are admitted in government and private hospitals. Where the Health Department is accepting the confirmation of Dengue on the basis of Eliza test as correct. On the other hand, dengue is being confirmed in 100 to 150 patients every day in the test of kits in private hospitals. Patients have to wait for two to three days to get beds in hospitals. The worst situation in the city is in the Ranjhi area. So far 8 people including the wife of the former councilor have died due to dengue her

The condition of dengue victims in Ranjhi area can be gauged from the fact that in four private hospitals of the city, 150 patients are from Ranjhi only.
Ranjhi, Gadha, Ghamapur, Civil Lines, Bilhari, Tilhari, Adhartal, Richhai, Maharajpur, Ranital areas are witnessing maximum number of dengue patients. Along with the shortage of beds in hospitals,  kits useful in dengue testing in pathology centers have become scarce. The relatives of patients are wandering from morning till late night to buy platelets in blood banks. Single donor platelets are not available due to lack of kits. Many dengue patients are reaching critical condition due to lack of platelets. He has to be kept in the ICU.
Around 1000 children are admitted with dengue and viral fever in Victoria, Medical and 10 private children's hospitals in the city. In Victoria, 48 children are admitted on 24 beds. According to Dr. Avyakt Agrawal, Head of Pediatrics Department of Medical College Hospital, dengue patients are becoming serious not because of lack of platelets but due to increased hematocrit. Dengue patients are being advised to take medicines on time and drink enough water.