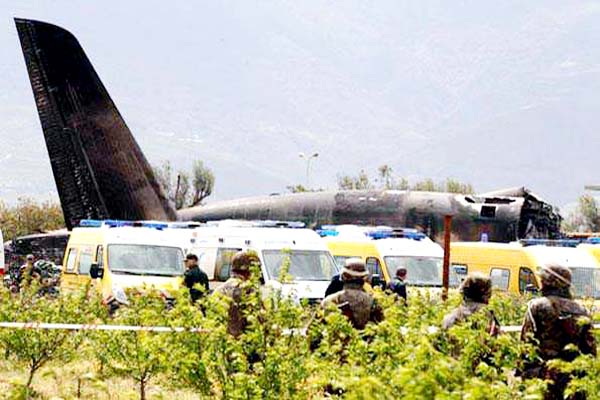 Algiers,
At least 257 people died in an Algerian military plane crash on Wednesday, according to state TV. The military transport plane crashed into a field shortly after take off at Boufarik airport, southwest of Algiers. A member of the Algerian ruling party, however, earlier said the victims of the plane crash included 26 members of the Western Saharan Polisario Movement. The head of the army has ordered an investigation into the crash and will visit the scene, according to a statement from the Defence Ministry.