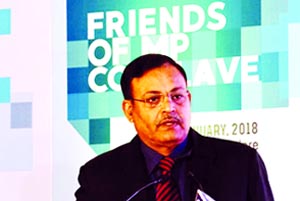 Agencies, New Delhi Journalists from different news organisations of the country will be confered with the 44th Matri Shree Media Awards this year. The award will be given to a total of 29 journalists from different news agencies, channels and news papers that include Agraj Pratap Singh from news agency UNI, Jitender Kumar from UNI Varta, Sarvottam G Mahatha Jaipuriyar from PTI, Namita from PTI-Bhasha, Poonam Gaur from Navbharat Times, Ravi Bhushan Dwivedi from Sandhya Times, Kunal Kashyap from Punjab Kesari, Sandeep Ashwario Chief Cartoonist from Times of India and others. This award was started in the period of emergency during the Seventies in view of the fighting spirit of the journalists. The award will be presented by Union Minister Dr Harsh Vardhan while MP Ramesh Bidhuri will also be present on the occasion. The convener of the award committee, senior journalist Dinesh Sharma, said that the award would be presented by the Union Health Minister on June 16 this year. This award was started 43 years ago and first of all the Martyr Journalist Lala Jagat Narayan was presented the Bharat Mata Shield by senior political leader of Delhi Vijay Kumar Malhotra, said Mr Sharma. Selection Committee comprised of Ashok Aggarwal, Harish Chopra, Ramesh Bajaj, Vishal Rana, Chetan Sharma, Kailash Agrawal, Satender Tripathi, Surender Pandit and Parvinder Sharda and others who also agreed to the name of former Mayor Adesh Gupta in the social service category. This time Ayushmann Khurana starrer 'Badhai Ho' has been declared the best film.