3 children drown in pond in Balaghat 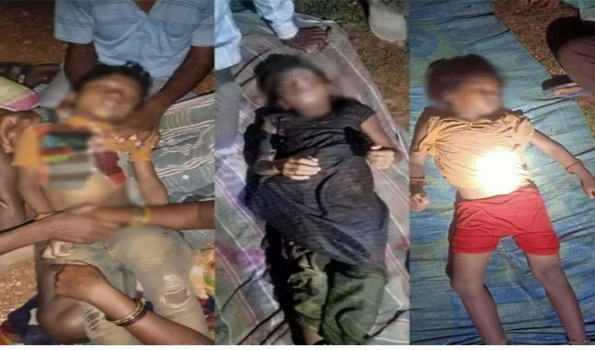 Bhopal: Three children went missing after school in Balaghat district and later their bodies were found floating in a pond on Wednesday.
The children, including two girls, aged 5 to 9 years, went missing after attending a local anganwadi school in Sitapur village on Tuesday afternoon, Malajkhand police station's assistant sub-inspector Kailash Uikey said. During a search, their family members spotted the bodies floating in a pond at an agricultural field nearby late Tuesday night,.
It is suspected that the children slipped into the pond while playing nearby and drowned. The bodies were handed over to the families after postmortem on Wednesday.
CM Shivraj Singh Chouhan has expressed grief over the untimely death of three children due to drowning in a pond in village Santapur of Balaghat district. He has expressed condolences to the bereaved family members. Chouhan has prayed to God to give peace to the departed souls and strength to the bereaved family members to bear this loss. District Administration Balaghat has been directed to provide financial assistance to the affected families.