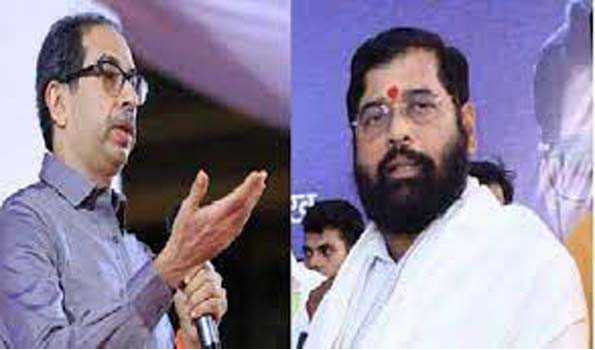 Guwahati, June 23 (UNI) As the political temperature soars over the crisis in Maharashtra politics, three more MLAs have reportedly joined the Eknath Shinde camp on Thursday at the Radisson Blu hotel in Guwahati.
The Shinde camp is now claiming that it has support of 37 MLAs. Amid the escalating political crisis in Maharashtra, a resolution passed by the Shiv Sena Legislature Party carrying signatures of 34 MLAs that rebel leader Eknath Shinde continues to be the leader, has been sent to the state Governor Bhagat Singh Koshyari.
Following the political crisis, Shiv Sena had removed Eknath Shinde as the party's legislative party leader. However, the rebels have hit back with the resolution.
Meanwhile, chief minister Uddhav Thackrey on Wednesday night vacated his official residence 'Varsha' and said that he was ready to quit as CM, but the rebel MLAs must come and tell him on his face that they did not have the trust in him.
The political crisis facing the Shiv Sena-led Maha Vikas Aghadi (MVA) government in Maharashtra deepened on Wednesday after rebel Shinde claimed the support of 46 MLAs.