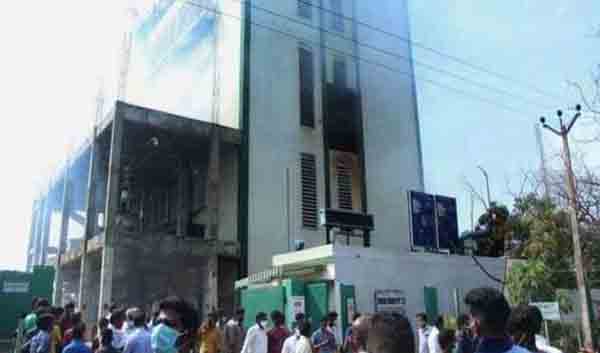 Chennai, May 13 (UNI) Four workers were killed and ten others sustained injuries in an ammonia boiler explosion resulting in gas
leak at SIPCOT Industrial estate in Cuddalore district of Tamil Nadu on Thursday.
Police sources said the deceased were three men and a woman. They were identified as Rajkumar, Ganapathy, Visesraj and Savitha.
Chief Minister M K Stalin condoled the death and announced a solatium of Rs three lakh to the family members of the deceased.
In a statement here, he said ten others sustained injuries in the explosion and also announced an assistance of Rs one lakh to them.
The blast took place at one of the units in Crimsun Organics at around 0800 hrs.
About 15 workers were working in the morning shift when the boiler exploded with a deafening sound, leading to the ammonia gas leak.
Acting on information, Fire service and rescue personnel rushed to the spot, retrieved the bodies, rescued those trapped in the unit and shifted them to the Cuddalore Government hospital.
Fire fighting units from Cuddalore and nearby areas rushed to the spot and put out the fire.
The Tamil Nadu Pollution Control Board (TNPCB) has ordered a probe into the blast.