40 to 50 patients are recovering everyday 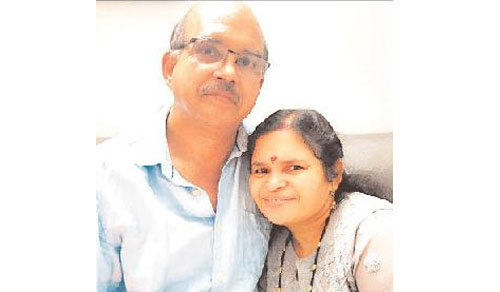 Chronicle Reporter, Bhopal
The sequence of recovery of patients from Government Hamidia Hospital is going on continuously. From there, about 40-50 patients are going to their home every after getting completely healthy.
In this series, Dr. Pradeep Sharma, resident of Shahpura, who is a veterinary doctor in the government hospital, and his wife, Mrs. Anita Sharma, have reached their home in just 7-8 days from Hamidia Hospital, although both of them were at home isolation after their fever. They followed the Corona Protocol in full discipline. As a result, other members of their family survived from corona infection. Dr. Pradeep Sharma, the patient spoke to Dr. Lokendra Dave, who is the Superintendent of Hamidia Hospital. Dr. Lokendra Dave advised both the spouses to get admitted. His advice was accepted. Both of them are now perfectly healthy.
Pays gratitude to staff
The human spirit is being maintained by the doctors and staff of this hospital. Its glimpse is heard and seen in between. One such example is appeared in Hamidia Hospital in front of us. A patient, Meera Pawar, 42 years old, came to Hamidia Hospital with a gas oxygen cylinder due to complaints of a massive lung infection and the doctors present there, immediately admitted her due to the seriousness of the situation. Meera Pawar had been suffering from fever, cold and cough for a long time and had also suffering from corona.
She told that from time to time, medicines, remedies injections as well as food which was very nutritious, were being provided free of cost by the doctors in the hospital. Here doctors and other nursing staff were also behaving very respectfully. They are performing their duty with full devotion and dedication. Now Meera Pawar is completely healthy and resting at home. In this hospital, nurse Syeda Asghar has set a unique example by serving more than duty even after her husband and family is from suffer corona.