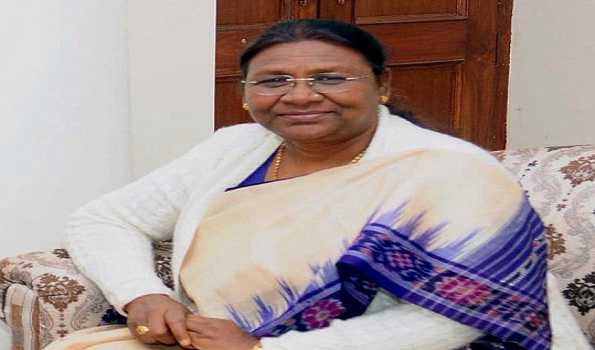 Jaipur, June 23 (UNI) A total of five MLAs from the tribal areas of Rajasthan will be among 50 proposers for the BJP-led NDA Presidential candidate Droupadi Murmu.

These MLAs include Phool Singh Meena from Udaipur Rural, Amritlal Meena from Salumbar, Babulal Kharadi from Jhadol, Samaram Garasiya from Pindwara and Kailash Meena of Garhi constituency in Banswara district.

According to reports, all the five BJP MLAs are on their way to Delhi.

Before boarding to flight at Udaipur, Phool Singh Meena told reporters that he was very happy that a tribal woman has been named for the top constitutional post.

NDA on Tuesday named former Jharkhand Governor Droupadi Murmu as its candidate for the Presidential polls scheduled for July. Murmu has reached Delhi and will file her nomination on Friday.