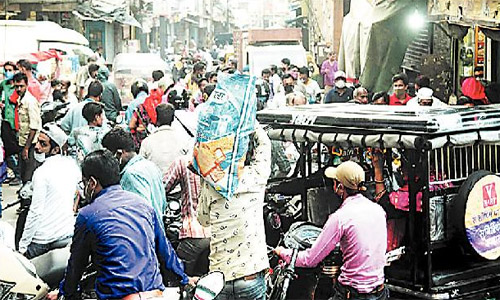 Chronicle Reporter, Bhopal
As many as 535 new cases of Corona have been reported in the state, 1376 people have recovered and the number of active patients is 7 thousand 983. The state’s average positivity rate for 7 days is 0.9 percent and today’s positivity rate is 0.7 percent.
More than 10 Corona cases have been reported in 7 districts in the state. 179 new cases have been reported in Indore, 124 in Bhopal, 46 in Jabalpur, 13 in Ratlam, 12 in Gwalior, 11 in Khargone and 11 in Anuppur.
Out of the total active patients of the state, 4 thousand 521 are in home isolation and 3 thousand 462 in hospitals. Out of the hospitalized patients, one thousand 421 are in ICU patients, 1326 are on oxygen beds and 715 on normal beds.

Public to be made aware about vaccination
Meanwhile, Chief Minister Shri Chouhan directed to generate awareness among the people regarding vaccination against Corona. All misconceptions related to this should be removed, every 18 plus person should be vaccinated and even a single dose of vaccine should not go waste.