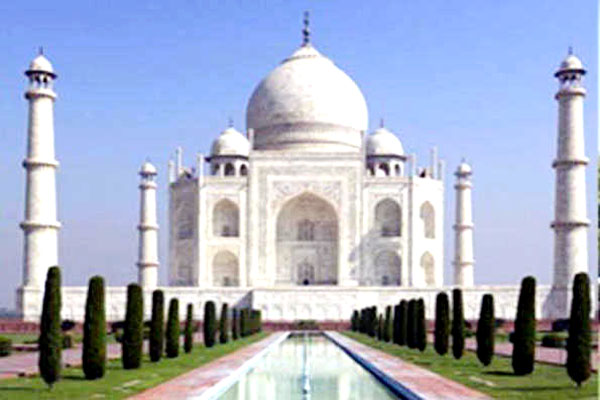 Lucknow, At least eight people were killed, several others injured and two entry pillars of world famous monument Taj Mahal fell when thunderstorm hit western Uttar Pradesh late on Wednesday night. Senior Superintendent of Police Amit Pathak said that five people, including two women and two children, died in Achhenera area, one in Ftaehpur Sikri area and two people died in Kowakheda village and several injured in rural as well as city area. However sources said that over 15 people died and more than 35 injured in the incident. The injured were rushed to the hospital, from where some of them were referred to Agra hospital. Deputy Superintendent of Police (Taj security) Prabhat Kumar said that two pillars at the entry gate of Taj Mahal collapsed and search was on to ascertain damage in the area. He said that some trees and stalls near the monument were also damaged. Rural area was most affected in hailstorm and final assessment of damages would be possible only after officials of the affected areas sent in the details, District Magistrate Gaurav Dayal said, adding that teams were sent to the affected areas.