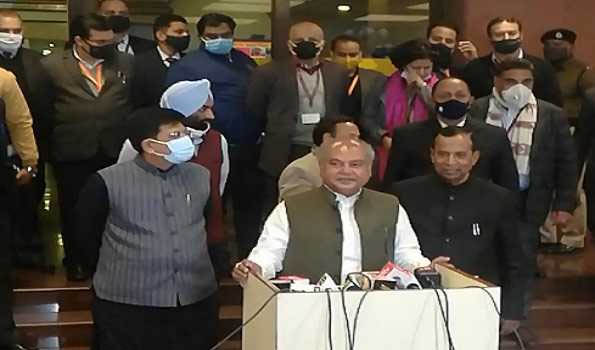 New Delhi, Jan 15 (UNI) The ninth round of talks between the Centre and protesting farm unions on Friday failed to resolve the deadlock over the three agricultural reform laws.

The next round of talks is scheduled for January 19 at 1200 hours.

Today's meeting was attended by Union Agriculture Minister Narendra Singh Tomar, Railways, Commerce and Food Minister Piyush Goyal and Minister of State for Commerce Som Parkash with the representatives of around 40 farmer unions.

According to sources, the farmers stuck to their original demand of repeal of the laws and rejected the government's offer of amendments.