A dozen new faces could be included in Modi cabinet expansion 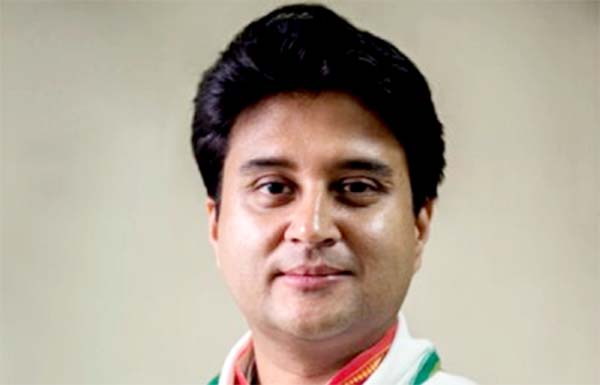 Jyotiraditya Scindia could get Railway or HRD
Pravesh Kumar Mishra, New Delhi
The wait for the first cabinet expansion of Prime Minister Narendra Modi is about to end. By the end of this month, about a dozen new faces, including Rajya Sabha MP from Madhya Pradesh Jyotiraditya Scindia, will be included in the Modi cabinet.
If sources are to be believed, along with regional and caste balance in the cabinet expansion, special attention will be given to the states where assembly elections are to be held in 2022. For the first time the participation of JDU in the cabinet will be ensured. However, in this expansion, there is still confusion about Chirag Paswan, son of late Union Minister and LJP leader Ram Vilas Paswan. Sources are telling that one or two members who have separated from the Uttar Pradesh Chief Minister Yogi Adityanath’s camp may be given a place in the expansion. Former Assam Chief Minister Sarbananda Sonowal is set to be given a place in the Union Cabinet once again. There is also talk of giving a place in the expansion to the leaders of the states of Maharashtra, Gujarat, Punjab and Northeast. In this expansion, some ministers can be relieved, while some ministers of state with independent charge with better report cards can also be promoted.
If sources are to be believed, several rounds of detailed discussions have been held between the government-organization and Sangh strategists regarding the expansion of the cabinet. On behalf of JDU, a demand has been made to make Lalan Singh and RCP Singh cabinet and Santosh Kushwaha and one other as ministers of state.
Not only this, JDU's eyes are on the Railway Ministry, but the BJP is in favor of making Scindia the Railway Minister. Sources are telling that if JDU sticks to the demand of the Railways, then Scindia can be given the responsibility of the Ministry of Human Resource Development. Railway Minister Piyush Goyal or Suresh Prabhu can be made the Finance Minister.
It is noteworthy that four ministers have additional charge of ministries due to the death of the ministers or the parties leaving the NDA. At present, there are 22 cabinet, 9 independent charge and 29 state ministers in the Modi government. In this way, at present the number of ministers is being 60, while a maximum of 82 ministers, including the Prime Minister, can be included in the Union Cabinet. In this way, 22 ministerial posts are still vacant in the Modi cabinet.