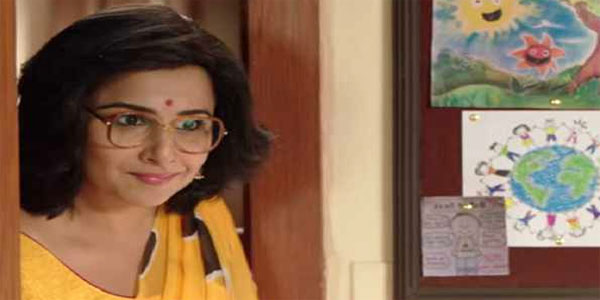 Kolkata, (UNI) Life has changed for all of us because of the pandemic and indeed it's a tough time as people migrate back to their hometowns and struggle
with their livelihoods.

Stating this, veteran actress Vidya Balan said, " Films and entertainment contents are the only ray of freshness left in our lives. With the successive lockdowns, people are restricted from their movements out of their houses, which have added to the viewership over the OTT platforms. "

“Shakuntala Devi,” the biographical comedy-drama released over the OTT platform during this pandemic, has garnered a lot of accolades from the audiences.

Speaking about the film at a webinar organised by the Indian Chamber of Commerce (ICC), Vidya Balan said, " The Indian “Human-Computer” character is etched out like a mix of spices. "

Vidya pointed out that the portrayal of Shakuntala Devi was stretched out over many decades, and the character went through many emotional graphs, which made it more real.

Revealing her thoughts over the process of acting, Vidya said, “It is over the years that I have learned my craft.”

Discussing the emerging OTT platforms, Sengupta opined that there is exclusive content coming up for OTT only.

He added, “There are people who want to watch Titanic and a movie like Bahubaali in theatres and Films like Shakuntala Devi on OTT, so there is a diversification of content between the two platforms.”

Speaking about the same, Vidya opined that Cinema released in theatres would continue to survive and thrive, whereas there is a new genre of audience geared up for the OTT platforms.

Sil concluded that we must welcome the latest change in the form of OTT as the debate of “Cinema versus OTT” continues.