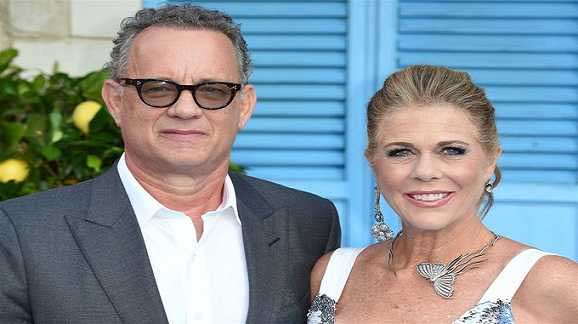 Washington, Hollywood actor Tom Hanks revealed on Thursday that he along his wife Rita Wilson have tested positive for the Coronavirus in Australia.
The two-time Oscar-winning actor took to Instagram and wrote "Me and my wife have sought medical advice after experiencing the symptoms of a cold in Queensland. We felt a bit tired, and experienced body aches. Rita had some chills that came and went. Slight fevers too". Hanks known for films like Forrest Gump, Philadelphia, Saving Private Ryan, said he and Wilson would keep the world "posted and updated". The couple have been isolated and their condition is stated to be stable, officials said.Tom and Rita, both 63, have been shooting in Gold Coast, Australia for a movie about Elvis Presley.

The pair was diagnosed soon after the World Health Organization (WHO) officially declared the coronavirus outbreak to be a pandemic. Work on the yet untitled movie has been temporarily suspended. "All the people who were on set have gone home and self-quarantined," said Gold Coast Mayor Tom Tate. Warner Bros which is producing the film said it was "working closely with Australian health agencies to identify and contact anyone" who may have come into direct contact with the star.Wilson, a singer and actress, had given concerts at Brisbane's Emporium Hotel and the Sydney Opera House last week.The Opera House staff told the BBC they were helping authorities track "approximately 207 people" who "may have been in contact with the couple" at the concert on Saturday.Wilson had also appeared on Channel 9's TV talk show Today Extra, whose hosts and crew are now in quarantine. In 2013, the actor had revealed that he had been diagnosed with type 2 diabetes. Medical professionals have said that people with this form of diabities may experience more severe symptoms of coronavirus, and have issued advisories on what precautions to take.