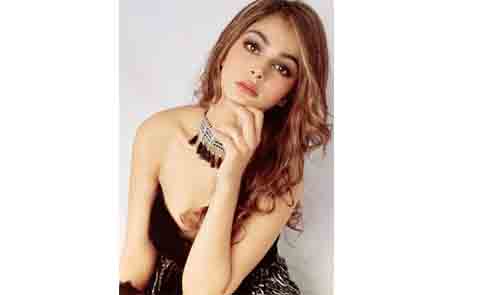 Model and Actress Ankita Chouhan is all set to make her Bollywood debut through upcoming movie BA Pass 3. The film is produced and directed by Narendra Singh. It is penned by Deep Chugh and Narendra Singh and shot by ace cinematographer Anmol Dhiman. The music is composed by Altaaf-Manny and stars Sunny Sachdeva, Ankita Chouhan, Armaan Sandhu, in the pivotal roles.The film revolves around those unwanted relationships, which are made, and then they are punished as well. BA Pass 3 narrates the story of a jobless Anshul and how his life changes upside down when he meets a married woman and gets into a relationship with her.
While talking to media Ankita Chouhan said, "BA Pass 3 is my debut film and I am super excited for the film. BA Pass is already a big franchise and I hope that everybody will love my work".
Ankita Chouhan had worked in a music album, short film the return gift for ping pong channel and web series the death warrant for mx player is going to release soon.