Actress Neha Rana roped in to essay the role of Rhea, who will play Ahaan-s girlfriend in Ishk Par Zor Nahi 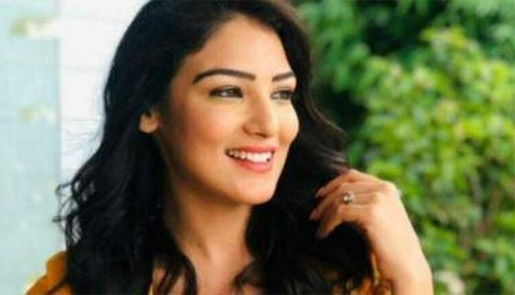 Sony Entertainment Television’s new-age romantic entertainer - Ishk Par Zor Nahi is leaving an indelible imprint on the hearts and minds of viewers with its storyline and the performances by the lead cast.  The show stars actors Param Singh and Akshita Mudgal in the lead roles of ‘Ahaan’ and ‘Ishqi’ – two individuals who share conflicting ideologies on most things in life.
Now, to add another dramatic twist in Ahaan and Ishqi’s love-hate relationship, the makers have roped in actress ‘Neha Rana’ to essay the role of Ahaan’s girlfriend ‘Rhea’ in the show, whom Ahaan will introduce to his family. Neha’s character ‘Rhea’ in the show will be of a sweet-natured girl, who has a positive outlook towards life.
Sharing her thoughts on becoming part of Ishk Par Zor Nahi, actress Neha Rana said, “I am super elated to be a part of one of the most loved shows on Indian Television currently. My character ‘Rhea’ is a beautiful person inside out who loves Ahaan and has the same outlook towards life as him. She’s warm and homely. She doesn’t have any big dreams or aspirations and all she wants is a loving marriage and to take her of her family. Not to forget, Rhea’s entry in the show will add the element of unexpected twist to Ahaan and Ishqi’s brewing love story. I really hope the viewers enjoy the surprise in the story and give love to my on-screen character Rhea.”
Watch Ishk Par Zor Nahi, Mon-Fri, at 9:30pm only on Sony Entertainment Television