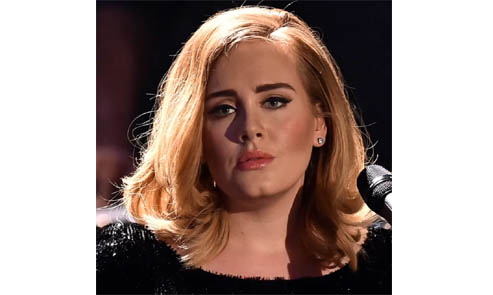 Adele is gearing up for the release of her upcoming album 30 this Friday and ahead of the same, the singer has already dropped three songs from the album that have already become fan favourites. The singer who had already revealed that her new album will be dealing with the difficult subject, like that of divorce, recently sat down with Apple Music's Zane Lowe as she discussed the circumstances in which she recorded the album.
It seems unbelievable now that at one point, Adele had almost considered the idea of not releasing 30 and to think about coming up with something new altogether, although she eventually did come around the idea that this album was all about herself and that it did not come from a place as an artists where she was putting out music just to get a hit.
While adding on about the emotional value of the album, Adele further added that it helped her heal through her difficult time and it could do the same for others as well. Speaking to Lowe, she said, "There's not an occasion or a scenario or a feeling where there is not the perfect song for it somewhere. I really do believe, and I'm not being arrogant or anything like that here, it's just like, it was my hell, but I really went to hell and back. And I realized, I actually didn't like who I was. And I think I just really got, like most other human beings, especially of my age, really just got into that thing of just going through the motions. "
Adding on, she said, "And I really think that some of the songs on this album could really help people, really change people's lives. And I think a song like Hold On could actually save a few lives. I really, really do."
The singer also spoke about how while writing the album, she thought about any child who has been through a parents' divorce or any person that has been through a divorce themselves or anyone that wants to leave a relationship and never will.