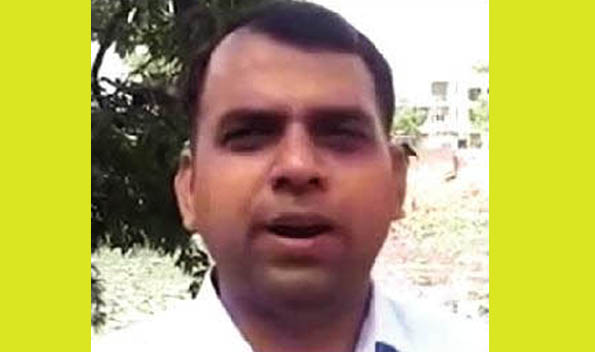 Chronicle Reporter, Jhabua
In the last 24 hours in the tribal dominated district, Chief Minister Shivraj Singh Chouhan took another major action. After suspending the SP, he removed Jhabua Collector Somesh Mishra with immediate effect and made Indore Divisional Additional Commissioner Revenue Rajni Singh the new Collector of Jhabua. Orders in this regard have also been issued by the state government on Tuesday afternoon.
It is worth noting that on Monday, Jhabua SP Arvind Tiwari threatened to lock a student in the police station, seeking security, as well as abusing him using abusive words, after which his audios went viral. As soon as the matter came to the notice of the Chief Minister, he immediately ordered the removal of the SP, he was suspended by the Chief Minister after his own voice was confirmed in the investigation of the viral audios. This news of the Superintendent of Police was in the headlines that on Tuesday afternoon, there was a stir in the administrative corridors as the Chief Minister suddenly issued orders to remove Jhabua Collector Somesh Mishra. Jhabua district has come into the limelight in the state due to the fall of two big officers in two days.

Complaints of irregularities in schemes
If sources are to be believed, the Chief Minister was receiving frequent complaints of alleged corruption in government schemes. At the same time, in the Bhagauria festival this year, in Thandla, a complaint was made to the Chief Minister for distributing substandard sports material in schools. Apart from this, students studying continuously in Jhabua district have come on the streets by agitating many times for their rights. In the latest incident, the role of the collector in the case of students was also similar. This was causing anger among the tribal students against the government and the administration.

Did not listen to students
Had the voices of the students of Thandla in the district were heard on time, they would not have had to walk more than 32 km to the Jhabua collector's office, but due to not listening to their voices, the students had to walk 32 km to plead with the collector. And after that students had to come to Jhabua getting wet in the rain. But unfortunately even then the collector did not meet the students, nor did any responsible officer try to convince the students on the way. Many of these students who reached Jhabua on foot even got blisters on their feet and some students got sick and had to be taken to the hospital.
In the first month of the year, college students had come to submit a memorandum regarding their demands. Even then the collector did not reach to meet the students. After standing in the Sun for two hours, the students got angry. At the same time, Nirmala, a student present in the same crowd, had challenged the collector that if the tribals students could not be helped, then make us a collector, then the video of this girl became very viral and the news became headlines.