Aim is to become World No.1 : Praggnanandhaa 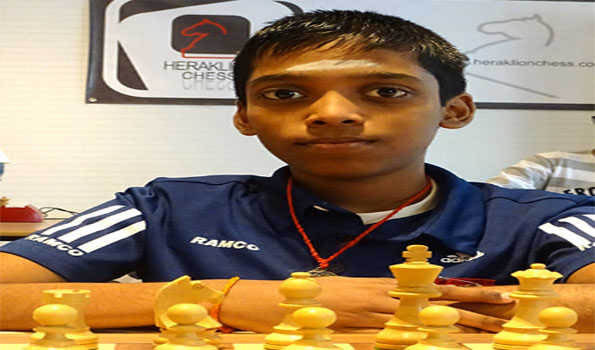 Chennai, Dec 7 (UNI) Teenage Chess sensation and Grand Master R.Praggnanandhaa today said his aim is to become World Number one and he will work hard to achieve it.

He was speaking at a felicitation function organised  by Velammal Matric Higher Seconday school--where the 17-year-old Chess star was now studying 12th standard--for receiving the prestigious Arjuna award at a very young age.

During the function, the school management presented him a cheque for Rs ten lakhs for receiving the Arjuna award.

The cheque was presented to him by Tamil Nadu Sports and Youth Welfare Minister V.Meyyanathan and HR and CE Minister P.K.Sekar Babu in the presence of School Principal MVM Velmohan at a grand function held at the school grounds in the city.

Replying to felicitations, Praggnanandhaa, who had been creating waves and had defeated World Number One Magnus Carlsen thrice, said he wanted to become World Number One.