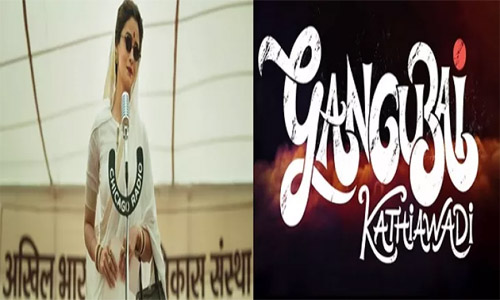 Mumbai , Jan 28 (UNI) Sanjay Leela Bhansali's next directorial "Gangubai Kathiawadi" that had to be postponed over pandemic outbreak, has finally locked a release date this February. Starring Alia Bhatt, Emraan Hashmi and Ajay Devgn the mob queen drama will hit theatres on February 25, the makers announced on Friday. “Witness her reign in cinemas near you on 25th February 2022. #GangubaiKathiawadi ,” they tweeted. On Instagram, Alia also shared: "#GangubaiKathiawadi will rise to power in cinemas near you on 25th February , 2022" with white heart emoji. Its a joint production venture by Sanjay Leela Bhansali and Jayantilal Gada and the film will get its world premiere at the 72nd Berlin International Film Festival. Gangubai Kathiawadi is a biopic set in the 1960s and revolves around the life of one of the most powerful women from Kamathipura. It is an adaption from Hussain Zaidi's book 'Mafia Queens of Mumbai'. Alia in the title role captures one of the most powerful madams from the Mumbai neighbourhood. Seema Pahwa and Huma Qureshi are also part of the ambitious project.