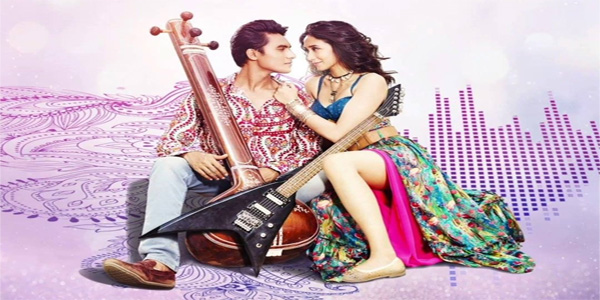 Amazon Prime Video on Monday announced its romantic musical drama ‘Bandish Bandits’ which will be available to stream from August 4.

‘Bandish Bandits’ also features an exciting original soundtrack, composed by the legendary musical trio Shankar-Ehsaan-Loy, who make their digital debut with the show.

“Bandish Bandits has been a true labour of love and we’re pleased to be bringing it to a dynamic, global service like Prime Video, which champions unique original content from around the world,” said Amritpal Singh Bindra, Producer and Creator.

“While elements of the show are rooted firmly in Indian tradition and values, this is without doubt a modern musical romance that will appeal to a global audience. We can’t wait to take Prime members on a journey of love, differences and discovery, led by the supremely talented Ritwik Bhowmik and Shreya Chaudhry, against a backdrop of soulful music,” added Bindra.

“Bandish Bandits is a story about the meeting of two individuals and cultures that are in many ways different, and yet in other ways incredibly similar,” said Anand Tiwari, director.

“While each character has a unique and compelling story in their own right, it’s how these stories come together which makes this series so powerful, romantic and real. I am beyond excited to bring this incredible tale of romance, beautifully told through the musical genius of composers Shankar-Ehsaan-Loy, to Prime Video,” added Tiwari.

‘Bandish Bandits’ will release across 200 countries and territories exclusively on Prime Video.