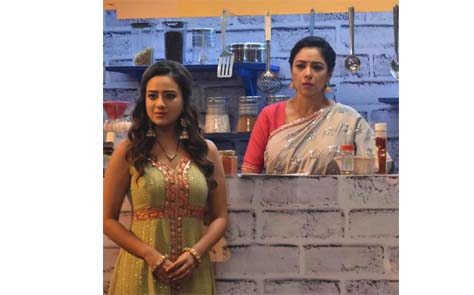 Star Plus’ popular show Anupamaa has been one of the most loved shows on Indian television which has managed to keep the audience intrigued since the beginning. Starring Rupali Ganguly, Sudhanshu Pandey and Madalsa Sharma in the lead, the show has been ruling the TRP charts for months and is currently witnessing some high voltage drama. So far, we saw Anupama (played by Rupali) and Vanraj (played by Sudhanshu) have joined hands to open a dance academy and a café together.
However, Kavya (played by Madalsa) isn’t really happy with this and is often putting Anupama and Vanraj down. Recently, as Vanraj is eagerly waiting for the customers, one customer arrives and orders the food and Vanraj is elated about it. On the other hand, a lot of students came to take admission in Anupama’s dance academy. While both Vanraj and Anupama are happy, the former decides to resolve the differences with Anupama and decides to be her friend. He will even tell her that he had so much baggage earlier that he couldn't really become her friend but now he will.
On the other hand, Kavya is in no mood to support Vanraj in his café business. Disappointed with her behaviour, Vanraj will head to his café. Now in the upcoming episode, Vanraj will be worried that about getting just one customer for the day. This will make him question his worth again and he will wonder if Kavya was right about his business.
It will be interesting to see if Vanraj will lose hope over his business or will Anupama manage to boost his confidence once again.