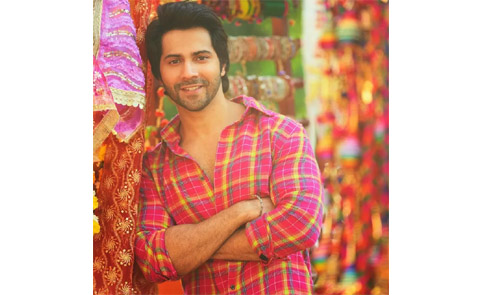 Fans of Varun Dhawan were in for a treat recently when he dropped new photos amid reports of him shooting for Jug Jugg Jeeyo. The handsome star shared new photos on social media where he put his 'good boy' avatar on display for his fans. Varun, who will be seen next in Jug Jugg Jeeyo with Kiara Advani, received a lot of love in his recent post. However, it was his friend Arjun Kapoor's reaction that seemed to have grabbed all the attention and is now going viral on social media.
Taking to his Instagram handle, Varun shared two photos from sets of his project. In the photos, Varun is seen clad in a checkered red shirt with black jeans. The actor is seen smiling away as the photos were clicked. Varun managed to charm everyone with his cool yet smart look in the photos. He captioned the photos as, "Good boyee". However, Arjun didn't agree with Varun's reaction and came up with hilarious response to his friend's photos. Arjun wrote, "natkhat nautanki" as he left a comment on Varun's post.
Seeing Arjun's response to Varun's post, fans too were left in splits in the comments. On the other hand, Kiara Advani also reacted to Varun's photos and called him, "Kukuuuuu". This left fans wondering if this is Varun's name in the upcoming film, Jug Jugg Jeeyo.
Meanwhile, this week a photo of Varun, Kiara, Anil Kapoor and Neetu Kapoor posing together with director Raj Mehta and choreographer Bosco Martis went viral on social media. It led to rumours that the team Jug Jugg Jeeyo is currently gearing up for a song shoot. The film has been in the news since it was announced. A while back, Varun and Kiara's first look as a married couple from the film had gone viral on social media.