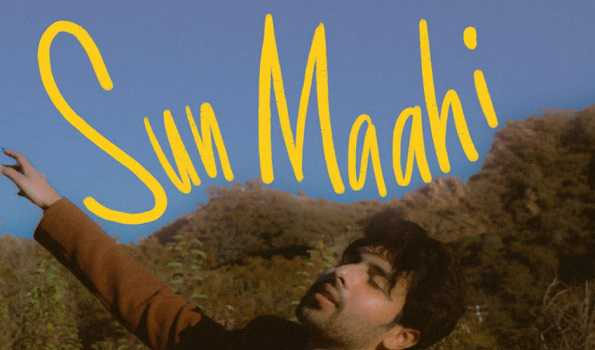 Composed by his brother, Amaal Mallik and penned down by Kunaal Vermaa, ‘Sun Maahi’ is the second release on Malik’s own imprint, “Always Music Global,” in a collaboration deal with Warner Music India.

On the song and its creative process, Armaan said, "'Sun Maahi' talks about the ethereal feeling of being completely lost in the magical world of this one's love and creating a universe of their own. It's not limited to your romantic partners but for anyone who you would go to the moon and back.”

“The lyrics written by Kunaal will take you on the ride of exploring the enchanting journey of failing to know how and why you love someone backed with Amaal's fervent composition that gives my vocals a perfect canvas to articulate my emotions. I sincerely hope that my fans experience 'Sun Maahi' and get transported into their own world of unexplained, beautiful, and surreal love-stories,” he added.

Packing the feeling of genuine love in lines such as “Khwaabon ke kinaare, Main bhi aaoon tu bhi aa re, Jeele zindagi zara si, Thode lamhein guzaare,” the guitar and electronic production underscore the undeniable interplay amongst the three powerhouses. Filmed in Los Angeles the music video features Armaan taking the limelight and translating his voice into a celestial visual that perfectly complements all the feels.

In 2022 alone, the 27-year-old has featured on Ed Sheeran’s ‘2Step’, represented India at MTV EMAs, delivered the trilingual anthem ‘Memu Aagamu’ with Allu Arjun, launched his label “Always Music Global”, and pulled off a solo pan India tour; all while releasing back-to-back Bollywood hits - propelling his artistry into the global circuit, second to none.