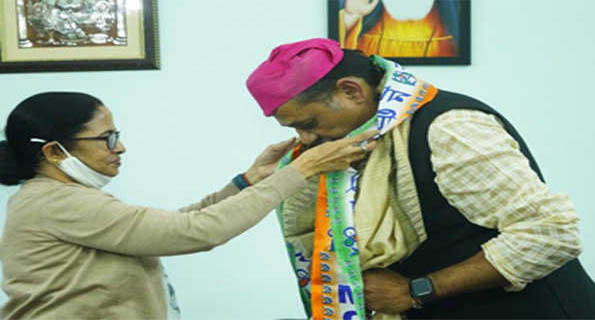 Banerjee welcomed all of them to the TMC after they have joined the party separately.

"Today, former Congress MP Ashok Tanwar joined the Trinamool Congress family in the presence of Mamata Baerjee. As a prominent face in Haryana and an experienced politician, we are certain that together we shall ensure the welfare of all people," the TMC tweeted.

After joining TMC, cricketer-turned-politician Azad said the country needs such a personality who can show the right and new direction and Banerjee has this leadership ability.

He further said the way Banerjee has understood the problems of the common people at the ground level, it shows her sense of service to the country.

Former JD (U) general secretary Varma took the membership of the party after he met the TMC supremo.

Talking to reporters, Varma asserted that in the current political situation only Banerjee is capable of giving the right direction to the Opposition.

"We want to see Mamata Banerjee ji in Delhi after the 2024 general elections," he said.

Meanwhile, the TMC said his rich political experience will help us serve the people of India and take this nation forward to even better days.