At leas 40 Injured in Grenade Attack at Rally in Pakistan : Reports 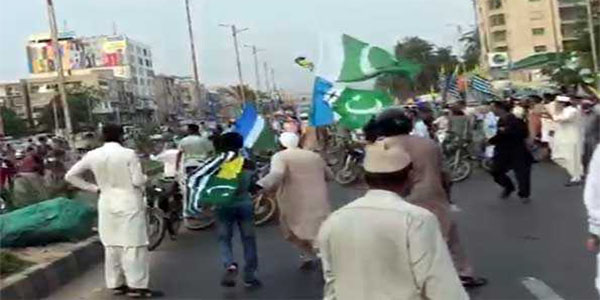 At least 40 people were injured in a grenade attack at a rally in the Pakistani city of Karachi, The Dawn newspaper reported citing officials.

The rally was held by the Jamaat-i-Islami organization (banned in Russia) in connection with the first anniversary of India's abolition of the state of Jammu and Kashmir, whose territory is claimed by Pakistan.

According to East SSP Sajid Amir Sadozai, the assailants had hurled a cracker at the rally participants, near Baitul Mukarram mosque on University Road.

The Sindh health department confirmed that at least 39 people had sustained injuries, with one person in critical condition.