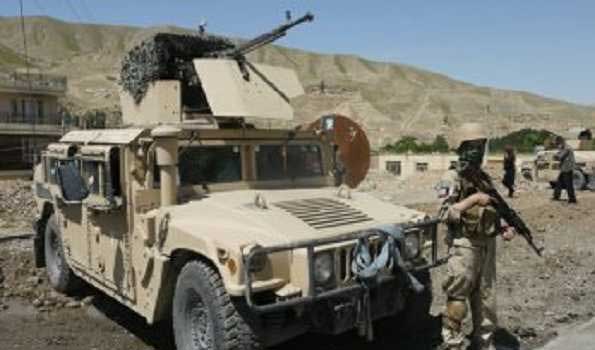 Qalat, At least 24 Afghan soldiers were feared killed in a suspected predawn insider attack at a military camp in Afghanistan's southern province of Zabul on Friday.The shooting occurred at a joint army and police camp roughly at 3:00 a.m. local time Friday in an area about 10 km outside the provincial capital Qalat city, a provincial source told Xinhua anonymously."The initial information found six police officers turned their guns against their colleagues, leaving the casualties. An investigation has been launched into the incident," he said.Atta Jan Haqbayan, chairman of provincial council, confirmed the incident with Xinhua, saying 14 army soldiers and 10 police personnel lost their lives in the incident.

"The attackers fled the scene shortly after the shooting and they also took two military vehicles and ammunition before leaving the compound," he said.It is the latest in a spate of such attacks. Some similar incidents have happened in the past and Taliban militants claimed responsibility for most of the insider attacks.The militant group has not made comments yet. Seven police officers were shot and killed in a similar incident in neighboring Kandahar province over the weekend.