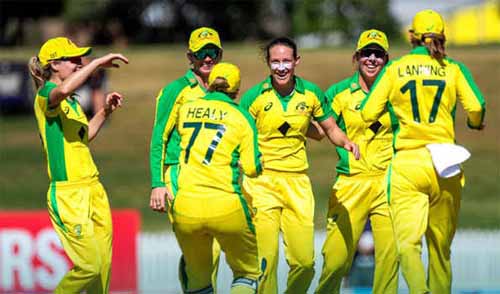 In the same game, her compatriot, all-rounder Ellyse Perry moved back above the 700-point barrier with her innings of 56 not out, the ICC said.
Ashleigh Gardner’s unbeaten 53 from just 41 balls also took her into the world’s top 30 ICC ODI Women’s batter’s rankings for the first time.
In the bowler’s category for ODI, Megan Schutt’s 4-32 enabled her to move above Marizanne Kapp into second place.
Tasmanian, Nicola Carey who took 3-34 move to a career-best 37th place in the ODI Women’s bowler rankings.
From New Zealand, Lauren Down’s previous highest ODI score was just 15, but her innings of 90 for New Zealand lifted her up 55 places to rank 62.