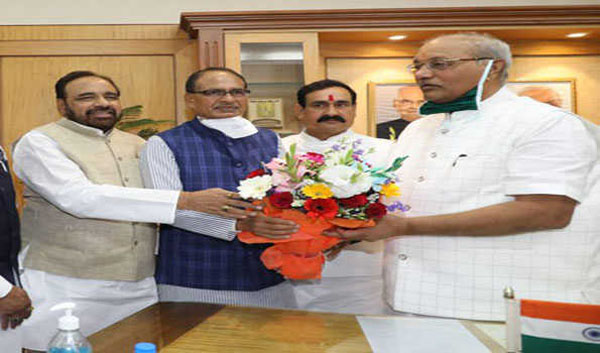 Bhopal, Feb 22 (UNI) BJP MLA Girish Gautam was elected unopposed as MP Legislative Assembly Speaker on Monday on the first day of the Budget session.
Before starting session, process of electing the Speaker was completed.He had filed the nomination form the post of Speaker on Sunday (yesterday.)
Opposition Congress had announced not to field any candidate for the post.
After being elected, Mr Gautam took charge of the post.
On the occasion, Mr Gautam remembered God, his parents, people and his fellow members and expressed gratitude towards them.
In his address, he said that he will try to fulfill his responsibilities in an unbiased manner and for that, he requires the support of all members of the House.
Chief Minister Shivraj Singh Chouhan, Leader of Opposition Kamal Nath, state Parliamentary Affairs Minister Narottam Mishra and other members congratulated Mr Gautam.
Gautam (68), is a four-term MLA from Deotalab constituency in Rewa district.