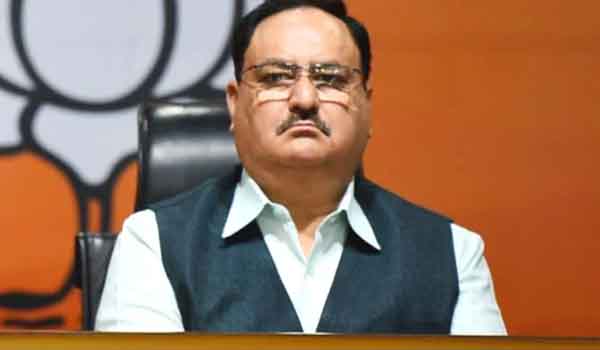 Kolkata, May 4 (UNI) BJP on Tuesday accused the West Bengal government of sponsoring violence in post result situation across the state in which many party workers were killed and hundreds of homes vandalise forcing people to flee, even as party president Jagat Prakash Nadda is expected to arrive and visit victims' family members.

Expressing grave concern over the escalated violence Governor Jagdeep Dhankar in a tweet asked the government machinery to restore peace and harmony immediately.

" Horrified people are fleeing to save themselves. Flooded with SOS appeals. Harmads are on a killing and destruction spree.

Such nosediving of constitutional values cannot be countenanced. Call upon @MamataOfficial," the governor said.

BJP leader Sambit Patra in a virtual media conference in New Delhi said the recent attacks on the BJP supporters were the state-sponsored violence.

" Is voting to a democratic party and choosing its candidate is a crime in India? " Mr Patra asked and said some 2.28 crore Bengal people have cast vote in favour of BJP in the recently held polls.

He said even an 80 year-old-widow, Shova Rani Mondal at Bhatpara under Barrackpore was lynched to death because her son is a BJP worker. Even stray dog lover and BJP supporter Ajit Sarkar at Beliaghata was lynched to death and the attackers even did not spare the cubs of his house, alleged Mr Parta and added that their party president Mr Nadda would visit the victims family members later today.

Mr Patra and BJP leader Anirban Ganguly said the killings were sort of "Genocide" as it has done to the opponents in the time of Nazi Germany and called all the oppositions to the unit and condemn the " state sponsored violence,"

" This sort of violence is not acceptable in Independent India" and they accused TMC supremo, Mamata Banerjee of post result violence, for her inflammatory speeches during electioneering and media conference on Monday.

State party president Dilip Ghosh on Monday led a delegation to the governor and sought his intervention for stopping the violence. He said till Monday some 9 people have been killed, five of them from BJP and hundreds of homes vandalized forcing the people to flee for life.

Meanwhile, the Union home ministry has also sought a detailed report of violence.

Bengali diaspora world over has expressed concern over alarming lawlessness. Why post-poll violence only WB? Why this assault on democracy?," said governor Jagdeep Dhankar.