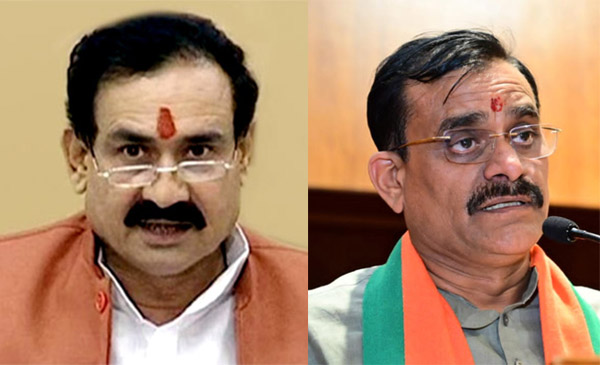 Milind Muzumdar, Indore
BJP strategists are worried about the success of Rahul Gandhi's Bharat Jodo Yatra in Madhya Pradesh and the atmosphere created due to this yatra. The BJP is trying to curtail this atmosphere as soon as possible so that the impact of the yatra can be neutralized.
According to sources, Chief Minister Shivraj Singh Chouhan has been put forward in the strategy prepared by the BJP in this regard. The Chief Minister will make maximum visits to Malwa Nimar in the coming time. He has also started these visits. The Chief Minister has recently addressed tribals in Barwani, Pandhana and Indore. A BJP functionary believes that Rahul Gandhi's visit has certainly created an atmosphere in favor of the Congress, but his visit has come a year before the 2023 assembly elections. Therefore, it will not be possible for the Congress to maintain this atmosphere for one year. The Congress organization has its own weaknesses, which the BJP will take advantage of. Apart from this, BJP believes that Rahul Gandhi's yatra has passed only through Malwa Nimar. It has not affected the rest of the state.
In the coming days, BJP will organize many big programs in Malwa Nimar, in which many central ministers including Prime Minister Narendra Modi will participate. Through these programs also, the party will try to neutralize the atmosphere created by Rahul Gandhi's visit. Next year, there will be an unveiling ceremony of the grand statue of Adi Shankaracharya at Omkareshwar. The Prime Minister will attend this function. Before this, the Prime Minister is going to attend the Pravasi Bharatiya Sammelan in Indore in January. With Prime Minister Narendra Modi's visits to Malwa Nimar, the BJP will definitely make a strategy to neutralize the atmosphere created by Rahul Gandhi's visit. Apart from Prime Minister Narendra Modi, the stay of Union Minister Nitin Gadkari is also going to happen in this area. Overall, the BJP is making a cut strategy for the yatra.

VD Sharma, Narottam Mishra saw media management
During Rahul Gandhi's Bharat Jodo Yatra, the BJP had alerted its IT team to be proactive to neutralize the atmosphere of the Congress. BJP President Vishnu Dutt Sharma and State Home Minister Narottam Mishra were alerted to this. That as soon as Rahul Gandhi targets the BJP or the Sangh Parivar in his speeches and press conferences, he should be countered immediately. Both these leaders did the same. The BJP attacked Swara Bhaskar and Kanhaiya Kumar, who were involved in Rahul Gandhi's yatra, and asked how Rahul Gandhi, who was carrying the Tukde Tukde gang along, would unite India. Whenever Rahul attacked the Sangh Parivar, it was countered by Vishnu Dutt Sharma and Narottam Mishra from the BJP. The BJP also countered Rahul Gandhi's statement regarding Jai Shri Ram and Jai Siyaram in its own way. The BJP also continuously attacked the social media regarding the mutual factionalism and poster war of the Congress leaders. Overall, the BJP made an all-round strategy to neutralize the atmosphere created by Rahul Gandhi's visit.