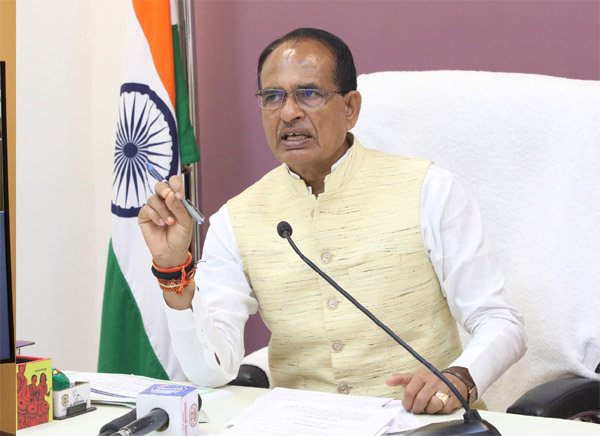 Bhopal: The counting of votes has been completed in 19 urban bodies of 5 districts of Madhya Pradesh. Of these, 11 have been won by the BJP and 8 by the Congress. The BJP has captured 4 municipalities and 7 city councils.
The Congress won in 2 municipalities including Raghogarh, the bastion of former chief minister Digvijaya Singh, and the municipality in Pithampur. Congress has also won in 6 city councils.
Congress has won 16 wards in Raghogarh Municipality. Whereas BJP has won in 8 wards in Raghogarh. Voting was held for a total of 24 wards here.
BJP's city government will be formed in Omkareshwar. Here BJP has won in 9 out of 15 wards and Congress has won in 6 wards. The BJP has also won in Barwani, the stronghold of Minister Prem Singh Patel and Rajya Sabha MP Sumer Singh Solanki. The BJP was behind here in the initial phase.
The BJP has also registered victory in Rajpur, the constituency of Congress leader and former Home Minister Bala Bachchan.

BJP suffered loss from rebels in Pithampur
The Congress has captured Pithampur municipality in Dhar district. Here the credibility of Dhar MLA Neena Verma's husband and veteran BJP leader Vikram Verma was at stake. Here the party suffered a great loss from its own rebels. The BJP has also captured Sendhwa in Barwani district. BJP's city government will be formed in Omkareshwar of Khandwa district. This is the last body election in Madhya Pradesh before the assembly elections to be held this year. In such a situation, the big leaders of both the major political parties BJP and Congress had also put their strength.

CM said public chose development
Chief Minister Shivraj Singh Chouhan, who reached Orchha in Niwari district, expressed happiness while reacting to the municipal election results. He said that the municipalities of Barwani, Sendhwa, Dhar were with the Congress last time. Which BJP has snatched from them. There was a great fight in Raghogarh also. Congress has been eliminated in Barwani also. BJP won in Jaithari of Shahdol division, there was election in Omkareshwar in Nimar, BJP won there too.
Along with Dhar and Manawar municipalities, the BJP has also won Dahi. Congratulations to BJP State President VD Sharma and the entire team of workers for this stupendous success. Once again the people have expressed their commitment to stand with the development by standing with the BJP.