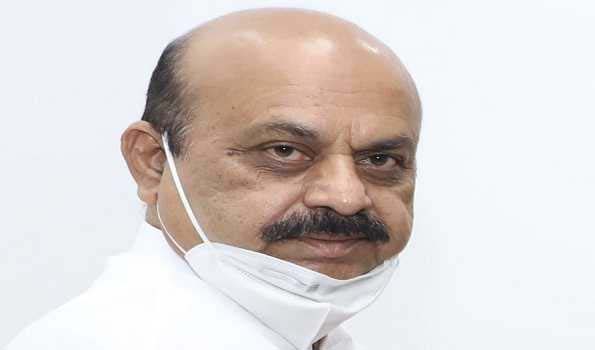 Bengaluru, Aug 3 (UNI) By today evening the list of the names of the ministers will be revealed by the BJP's central leadership, Karnataka Chief Minister Basavaraj Bommai said.

"There is a parliamentary session. After the session, they (party's central leadership) will discuss and reveal the list (of names of the ministers). They themselves will reveal the list. We are expecting the final list by Tuesday evening. In all, we have discussed the one list between us. The central leadership will decide about whom to induct and whom to drop. Therefore, we will come to know who will be ministers and who will not," he told reporters in Delhi.

Replying to a query, Bommai said three lists of various combinations have been submitted and the national party president JP Nadda will finalise one list. He, however, expressed ignorance about the number of ministers to be included in the list.

"Generally speaking, three lists of various combinations have been submitted. Our national party president will finalise one list. What they will do, I do not know. They will hold another round of discussion and finalise. After that, they will decide on the number of ministers to be inducted. This is because they are taking into consideration regional and social factors, which takes time," he said.

Asked whether Congress and JDS legislators who joined BJP to form the government, Bommai said they should not be worried because they are part of the party, not outsiders.

On the number of deputy chief ministers' induction, Bommai said the central leadership will decide on it too.

After his arrival in Delhi on Sunday, Bommai held ministry formation discussions with Nadda in the evening.

Amidst this development, aspirational legislators are camping at the national capital. Among them are Arvind Bellad, Sunil Valapure, Laxman Savadi, CC Patil and others, who are making efforts to get in touch with the party's central leadership including Union Minister Prahlad Joshi from Karnataka.

On Monday, Bellad tried to get in touch with Joshi and BJP national organising secretary BL Santosh, but failed to do so. Both the leaders refused to engage him.

MLC Shashil Namoshi, a member of the Northeastern Teachers' Council, from Kalburgi is also in the fray.

Moreover, Shettar had fought elections against Bommai in the past, from Hubballi-Dharwad region.

KS Eshwarappa, another compatriot of Yediyurappa, has shown interest in joining the new ministry, if not he will be happy to work as party worker to strengthen it and bring back BJP to power in the 2023 assembly election.