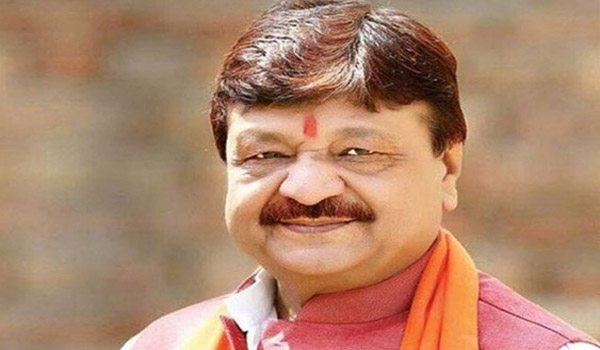 Khilawan Chandrakar, Bhopal
Has it become a compulsion for the BJP to send a Scheduled Caste leader to the Rajya Sabha? This question remains a topic of discussion in political circles and the current circumstances also seem to indicate something similar.
Nominations for 6 Rajya Sabha seats in 5 states of the country will be filed by September 23 and if necessary, the voting will be held on October 4. In this, one member is also to be elected from Madhya Pradesh which fell vacant after the resignation of former Union Minister Thaawarchand Gehlot who became the Governor of Karnataka on 7 July. The term of the elected member will be till 2 April 24. In view of the current party situation in the Madhya Pradesh Legislative Assembly, the victory of the BJP candidate is sure, if the Congress does not declare its candidate after seeing its defeat sure, then the election can also be held unopposed.
There are total 12 Rajya Sabha seats in the state, out of which one is vacant. In the remaining 11 seats, a Scheduled Caste leader has not been made a member of the Rajya Sabha from the BJP. Gehlot himself has been a member of the Scheduled Caste category. In such a situation, the biggest compulsion of the BJP is that this seat should be given again to a leader of this class. Anyway, the BJP is leaving no stone unturned to connect the Scheduled Castes, Scheduled Tribes and Backward Classes with the party in the current circumstances.

SC's Jatiya and Malviya
Two SC leaders are currently members of the Rajya Sabha from the quota of Madhya Pradesh. In such a situation, this vacant seat of Rajya Sabha can be given to them to cater to the Scheduled Castes. BJP leader from any other state is unlikely to contest from BJP as MJ Akbar and Dharmendra Pradhan have already been sent to Rajya Sabha from Madhya Pradesh quota. The name of former MP Prof. Chintaman Malviya is being discussed the most. Both are considered strong BJP leaders of Malwa region. Jatiya has been a member of Lok Sabha 5 times and Rajya Sabha once. Whereas Chintaman Malviya was not given party ticket again from Ujjain Lok Sabha this time due to some reasons.

Vijayvargiya also a contender
If for some reason this post is not given to the leader of the Scheduled Castes, then Kailash Vijayvargiya is considered to be the most likely leader. He is also the National General Secretary of the party and in-charge of West Bengal but is not a member of any House. Given his influence at the national level in the party and his close relationship with Home Minister Amit Shah, it would not be surprising if he is given the opportunity to become a member of the Upper House of Parliament. Meanwhile, the names of former MPs Krishna Murari Moghe and Ashok Argal are also believed to be involved in this race, but there is no such indication from the party yet. In such a situation, the central leadership of the party can soon hold a meeting and discuss the candidate selection. The way in which the process of separating the elderly leaders from the mainstream of the party is going on in the BJP, the possibility cannot be ruled out that any young leader of the state should be given an opportunity for the Rajya Sabha.

Uncertainty in Cong
The Congress, which is dreaming of forming the government again in 2023, is not yet serious about the Rajya Sabha elections, along with trying hard to win three assembly by-elections along with Khandwa Lok Sabha in the future. This is believed to be due to the weak in numbers. Nominations are to be filed by September 23, but till now there has been neither meeting nor any mutual discussion regarding Rajya Sabha elections. Party leaders have left everything to PCC chief and former chief minister Kamal Nath. So far no clear indication has been given by them also. BJP's victory is sure from all angles. In such a situation, Congress can only contest the election symbolically by making someone a scapegoat.