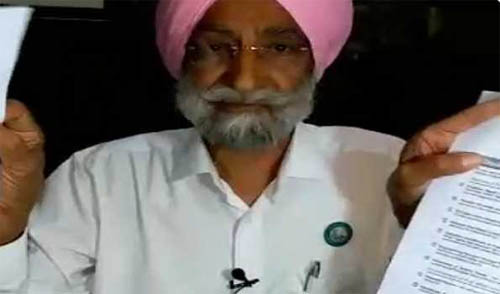 "In view of the prevailing sentiments and apprehensions amongst the farm unions and the public in general, I am ready to sacrifice my position offered or given to me so as not to compromise the interests of Punjab and farmers of the country," he said in a statement.

Mr Mann, a former Rajya Sabha MP and also the Chairman of the All India Kisan Coordination Committee was one out of the four members among the expert panel constituted by the Apex Court.

Maharashtra-based farmer body Shetkari Sanghatana has been backing the Centre in the entire protests while Joshi and Gulati had expressed their support in the contentious laws earlier.

The committee was expected to facilitate talks between the Centre and farmers and submit its report within two months.