BMC has not done survey of crumbly houses for five years 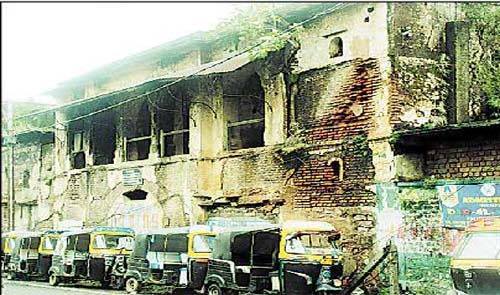 Chronicle Reporter, Bhopal
The Municipal Corporation has not done survey of shabby houses for five years. Even in such a situation, on the basis of the previous survey, the municipal officials make arrangements by giving notices to those residing in shabby houses before the rainy season. Officials are aware that 242 houses in the city are in the very dilapidated category and if they are not demolished, there can be loss of life and property at any time. Old Bhopal has the shabbiest buildings. Municipal officials argue that notices have been given to vacate such houses.
According to the survey conducted five years ago, there are 649 dilapidated houses in the capital.
Every year in the rain, most of these dilapidated houses fall in the drizzle, even after this the corporation administration has not surveyed the dilapidated houses for the last five years.
Now that there is a danger of accident due to building collapse due to rain, then the Minister of Urban Administration and in-charge of Bhopal, Bhupendra Singh has instructed to identify the dilapidated houses in the meeting of the District Disaster Management Committee, whereas for the last five years. The corporation has been issuing notices to the owners of dilapidated houses before the rains, but no action has been taken for the last two years. In terms of old dilapidated buildings, most of the buildings are in the old city. There are buildings more than 100 years old here. The names of Peer Gate, Jumerati, Hamidia Road, Chowk Baazar, Iqbal Maidan, Imami Gate are included in the danger zones.
These are shabby buildings in Bhopal
The buildings of archaeological importance in the Taj Mahal of Bhopal, the twelve palaces in and around Pari Bazar and the dilapidated government residences of Ram Nagar Colony, Building of Fire Brigade Department at Fatehgarh. More than 30 families are living in a three-storey dilapidated building above the 5-number market. Block 35 and 36 have been declared dilapidated in Old Subhash Nagar. About 30 families live here. The two-storey hotel tourist building of the Municipal Corporation located on Hamidia Road has become dilapidated. There is a building in Nehru Nagar. Janta Quarters, Dhobi Ghat Building and building of Shajahanabad etc.

Version
The municipal administration has entrusted the task of demolition of the dilapidated buildings in 15 days to the assistant engineer of the zone. Notice has been issued to shabby house landlords. The buildings of Shahjahanabad and Bairagarh of the Municipal Corporation have been demolished and the responsibility of demolishing the dilapidated private buildings has been given to the assistant engineer of the zone.
-PK Jain, Municipal Engineer, Municipal Corporation Bhopal