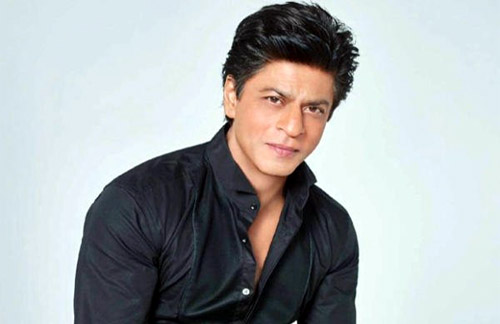 “Warmest birthday greetings to @iamsrk. Wish you good health and all the success in life, my charming brother,” Ms Banerjee posted on her social networking page,

“Wish you all the success in your future endeavours,” she added.Shah Rukh received an early birthday wish from his daughter Suhana. She shared a picture of him and her best friend Shanaya, who also celebrates her birthday on Monday. Suhana called them her ‘two best friends.’

Bollywood actress Juhi Chawla in a message said, “I plant 500 trees for #ShahRukh on his birthday for #CauveryCalling From co-star, co-producer to co-owner ....dotted with much laughter and some tears, it's been a long, colourful & eventful journey Happy Birthday@iamsrk@ishafoundation”

Actor R Madhavan wrote, “Happy happy birthday to one of the most awesome souls we know. Have the most fantastic year yet and May this year give you a lot more than you ever dreamt @iamsrk. Much much love.”

Actor Riteish Deshmukh shared a picture of himself and wife Genelia get a warm hug from Shah Rukh.

Lara Dutta also shared a photo with SRK and wrote:,“Happy birthday dearest @iamsrk !! Your one in a couple of billion!! Lots of love!!”

In a career spanning over two decades, SRK has delivered several blockbusters, and featured in many romantic films too. His cult movie Dilwale Dulhania Le Jayenge (DDLJ) clocked 25 years recently.

Khan began his career with appearances in several television series in the late 1980s. He made his Bollywood debut in 1992 with Deewana. Early in his career, Khan was recognised for portraying villainous roles in the films Baazigar (1993), Darr (1993), and Anjaam (1994).

Many of his films display themes of Indian national identity and connections with diaspora communities, or gender, racial, social and religious differences and grievances.

He has appeared in more than 80 Hindi films, and earned numerous accolades, including 14 Filmfare Awards.

Khan has a significant following in Asia and the Indian diaspora worldwide. In terms of audience size and income,he has been described as one of the most successful film stars in the world.