Bengal Govt ready to join Centre and all stakeholders for a comprehensive battle against pandemic : Mamata 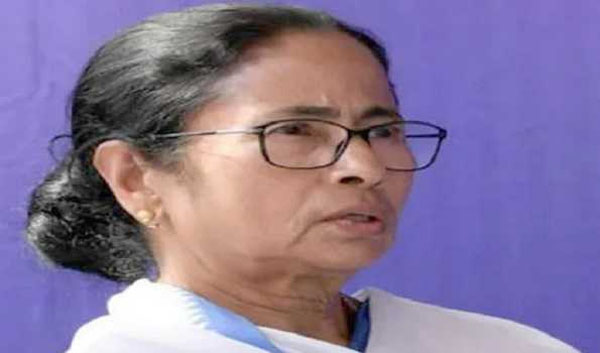 Kolkata, Nov 24 (UNI) West Bengal Chief Minister Mamata Banerjee on Tuesday emphatically asserted that the entire nation is now looking forward to an early vaccination programme where the State Government is ready to join the Centre and all stakeholders for a comprehensive battle against the pandemic.

She took part in a video conference from Bankura District as convened by the Union Government,and as joined by Prime Minister Narendra Modi and Union Home Minister Amit Shah from Delhi, among others.

She assured that West Bengal is fully prepared with trained manpower and required infrastructure (including cold chain) for the vaccination programme.

The Chief Minister said : “We are ready to work with Centre and all other stakeholders toensure speedy and universal vaccination for everyone as soon as the vaccine is available."Ms Banerjee observed that despite the onset of festivities in the Durgapuja-Kalipuja-Chath pujaseason, and despite the recommencement of the massive sub-urban rail movements, West Bengal has been successful in actually reducing the positivity rate and the death rate and in improving the discharge rate.

"Indeed, despite being a border state with international borders with multiple countries and several states, and despite carrying the cosmopolitan heritage of bearing the burden of patients from the neighbouring states, West Bengal has been performing remarkably well( when compared withsimilarly placed other metropolitan regions of the country)," she noted.

She mentioned the valiant fight of the health workers (including Asha and other Covidwarriors) in fighting the continuing battle against COVID, which is particularly complicated by co-morbidities as is now evident to all.

"ASHA workers have already made 4.5 Cr visits to households in great public health campaign," she stated.

Ms Banerjee said, "The Central Government is not yet releasing adequate funds in favour of the states. As far as West Bengal is concerned, the dues on account of GST compensation to the tune of Rs 8,500 Cr have accumulated; on the other hand, expenses on every account are increasing."

" The state has already spent around Rs 4,000 Cr only on account of COVID management but till now the Centre has released only Rs 193 Cr," she said.

Taking a cue from the point raised by the Maharashtra Chief Minister, Ms Banerjee affirmed that political gamesmanship, competitive rallies and public health hazards must be averted in society in the greater public interest.