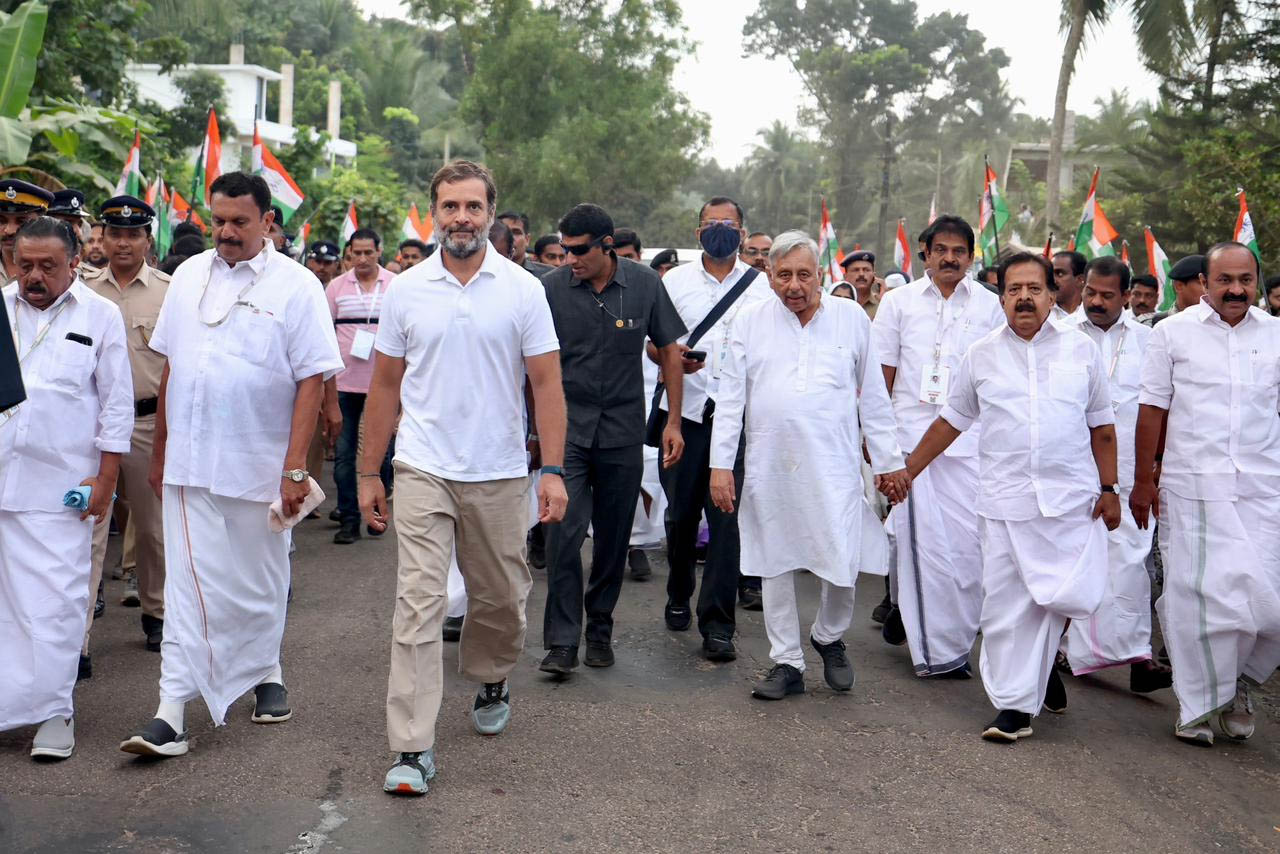 The 18th day of Kerala leg of Yatra will halt at Wandoor at 10.30 am and resume at 5 pm to reach Nilambur in Malappuram at 7 pm.

While speaking at a public meeting on Tuesday evening, Rahul said "India’s women are our biggest strength. But they are being treated as ‘objects’ by the BJP. A most disgusting example is the murder of Ankita in Uttarakhand. BJP’s CM bulldozed all evidence to protect the accused. We will not allow BJP to treat women as second-class citizens."