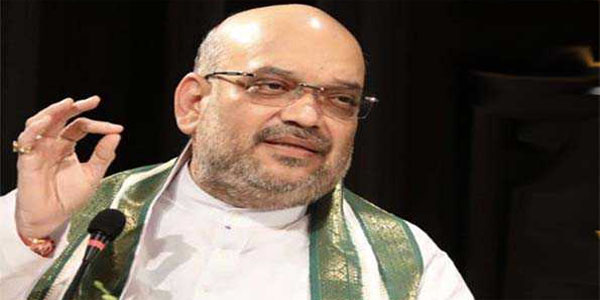 Describing the beginning of the construction of Ram temple in Ayodhya an outcome of centuries of continuous sacrifice and struggle of innumerable name and unnamed devotees, Home Minister Amit Shah on Wednesday said that the ‘bhoomi pujan’ or foundation laying ceremony demonstrated ‘the strong and decisive leadership’ of Prime Minister Narendra Modi.

Taking to twitter, he said “Today is a historic and proud day for India. Prime Minister @NarendraModi laid the foundation stone of the grand Ram temple at the birthplace of Lord Shri Ram which has written a golden chapter in the history of great Indian culture and civilization and has started a new era”.

Mr Shah further said that the present government led by PM Modi is “committed to protecting and preserving Indian culture”, as the construction of grand Ram Temple at Ayodhya “has been a symbol of the faith of Hindus around the world for centuries”.

“Ram temple is the result of centuries of constant sacrifice, struggle, penance and sacrifice of innumerable name-unnamed Ram devotees. On this day, I salute all those ascetics who fought for this priceless heritage of Sanatan culture for so many years. Jai Shree Ram!,” Mr Shah said.

While congratulating all devotees of Lord Ram,the Home Minister said,”The ideals and thoughts of Lord Shri Rama reside in the soul of India. His character and philosophy of life is the cornerstone of Indian culture. With the construction of Ram temple, this auspicious land will rise again in the world with its full splendor. Coordination of religion and development will also generate employment opportunities”.

The Home Minister has been found positive for COVID-19 on Sunday and admitted to a hospital on the advice of doctors.