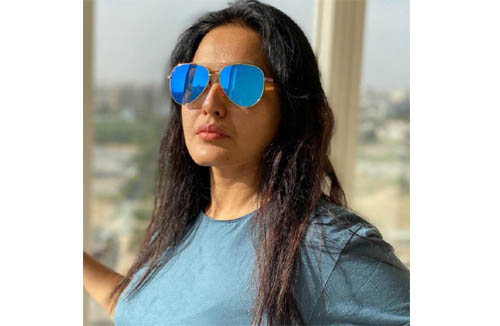 Rubina Dilaik and Arshi Khan have been at loggerheads right from the time when the latter entered the Bigg Boss 14 house as one of the challengers. The Tuesday episode of the reality show was quite a chaotic one with multiple fights taking place among the housemates. One such tiff happened between Rubina and Arshi during which both of them called each other names. Not only that but Rakhi Sawant could also be seen backing the former during the same.

Now, Rubina’s former co-star Kamya Punjabi has lauded the actress for the way in which she tackled Arshi Khan. It so happened that Rubina accused the latter of trying to get footage by going after her. Talking about the same, Kamya writes, “Hahahahah footage chahiye follow me mind blowing #Rubina n the funny part is #ArshiKhan actually following her.” Meanwhile, Abhinav Shukla is seen advising her to stay away from Arshi in Tuesday’s episode. Not only that but he also asked her to stop behaving like a cry baby.

Meanwhile, Rubina, Abhinav, Aly, and Jasmin have been nominated for eliminations this week as a part of the punishment that Bigg Boss gave them. That is because the four of them allegedly discussed nominations earlier which is against the rules. Apart from that, the promo of the upcoming episode of Bigg Boss 14 shows that the fight between Arshi and Rubina is yet to get intense. In fact, the former ends up breaking a chair after having a tiff with Rubina because of which she will be punished by Bigg Boss.